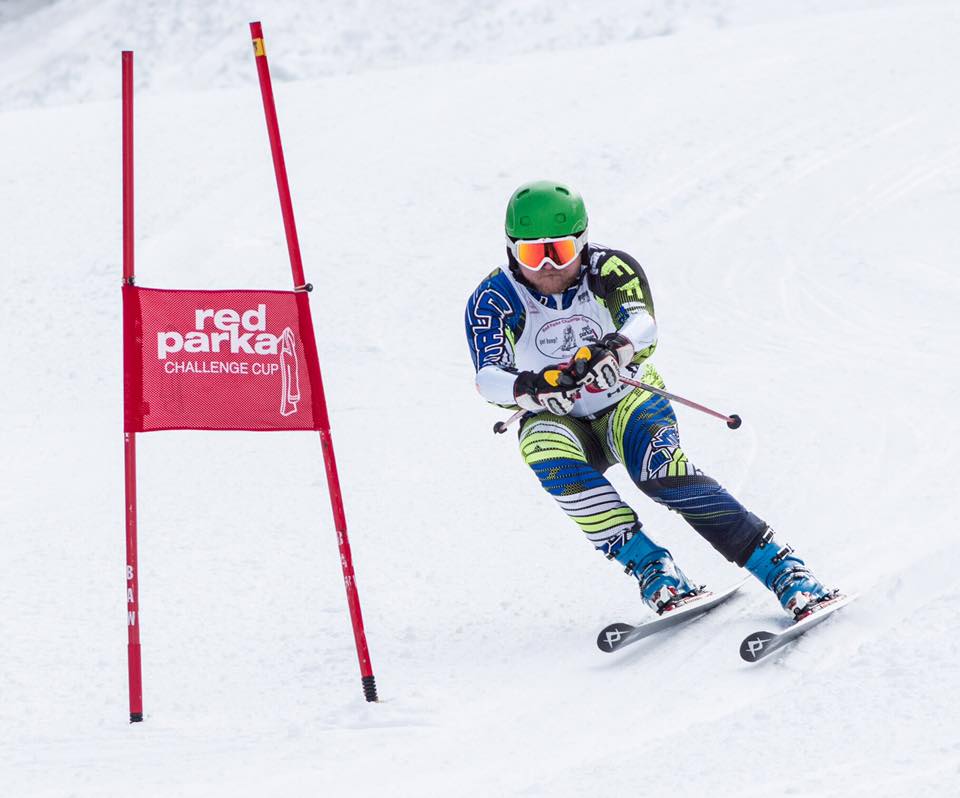 This years race included a $15,000 goal, $5,00 more than the previous years. Also new this year racers could create pledge reg accounts in order to raise money and forgo the race fee if they surpassed $300 in pledges.

In the Men’s B Division, Joey Miller beat Lucas Tinkham, who did not finish the race.

When it comes to fund raising the Nordos were the champions raising $3,470. The top individual fundraiser was Harry Mann, who raised $2,440.

Terry O’Brien Co-Owner of the Red Parka Pub said that she believes they beat their $15,000, all of which will be going to the Easter Slope Ski Club’s Junior Ski Program.

Mountain Meister Coordinator Captain Ray Gilmore said “if we didn’t break the $20,000 mark…I will be shocked.”