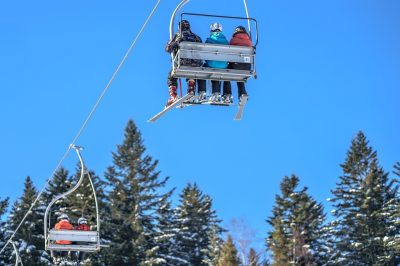 The NH Legislature will be taking up debate of a bill that would impose a 9% tax on ski lift tickets next month. The proposed tax would go towards creating a scholarship program for New Hampshire students to attend in-state colleges and universities. Supporters of the bill say students are leaving the state to go to college because of in-state tuition costs. Opponents say it’s likely to kill ski tourism in the state. If the bill passes New Hampshire would have the highest ski tax in the northeast. Valley resident and skiing enthusiast, Kevin Hamlin says he’s not a fan of the idea. “I don’t like it. I don’t know how that will affect people coming up. I mean, ski passes are already getting expensive as it is and to tax people to come up just to ski and enjoy the mountains and do something they love is- that’s getting a little out of control, I think.” New Hampshire Governor Chris Sununu says he would veto any such bill as soon as it landed on his desk. He says it’s “another example of extremism of this legislature.”