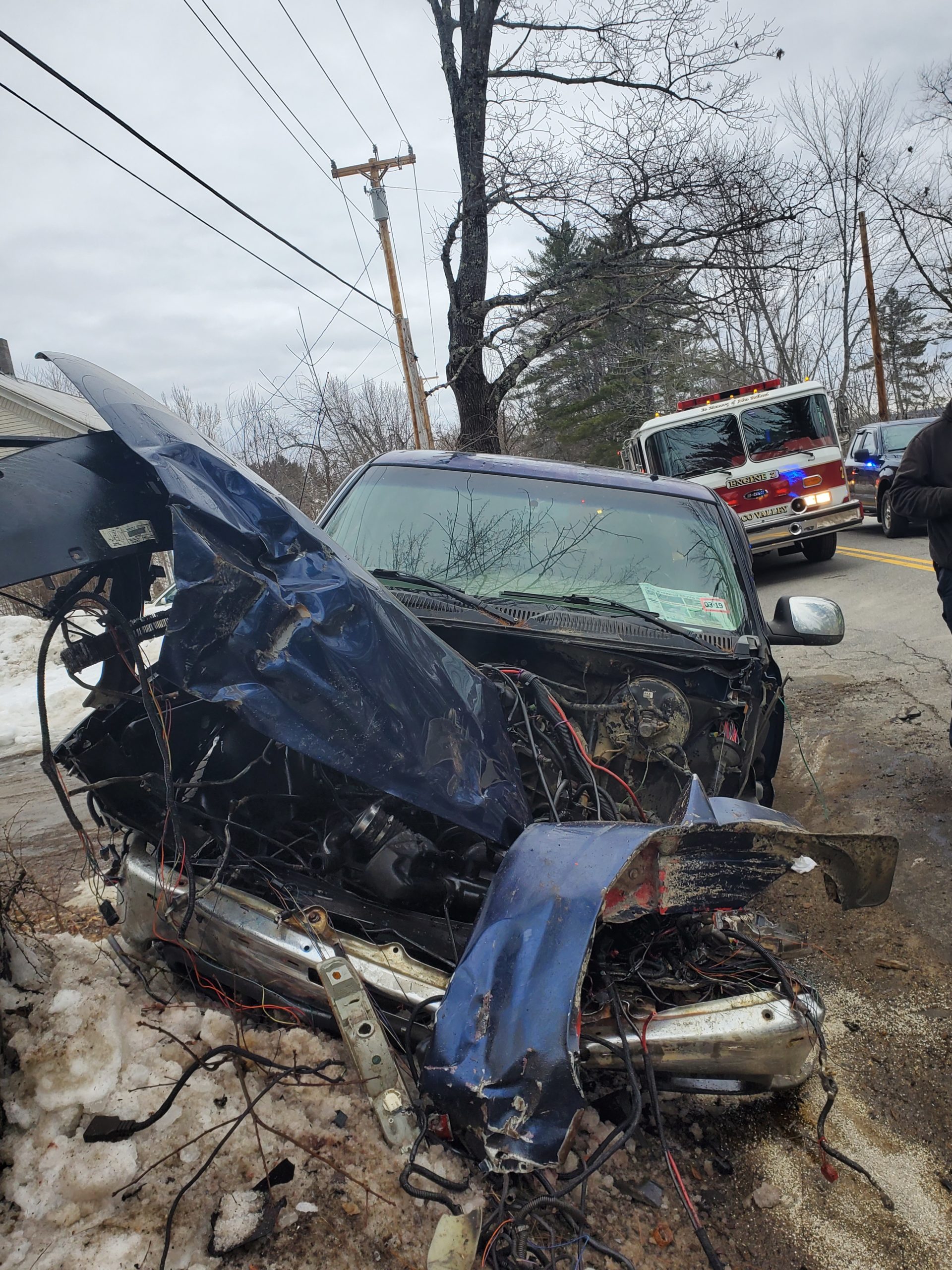 Fryeburg Police say West Fryeburg Road was closed for an hour on Friday as emergency personnel worked to clear a crash involving a pickup truck and a logging truck. Fryeburg police say a blue 2002 Chevy pickup truck was entering West Fryeburg Road from a private driveway and failed to yield to a fully loaded logging truck. The 43-year-old driver of the pickup had his 20-year-old son in the vehicle with him. The logging truck was being driven by a 29-year-old man from Freedom, New Hampshire. Police say the pickup crashed into the middle of the fully loaded logging trailer and caused damage to the wood loader as well as deflated a tire. Pictures indicate the entire front of the pickup truck was crushed. Police Chief Joshua Potvin says it’s “miraculous” that there were no reported injuries. 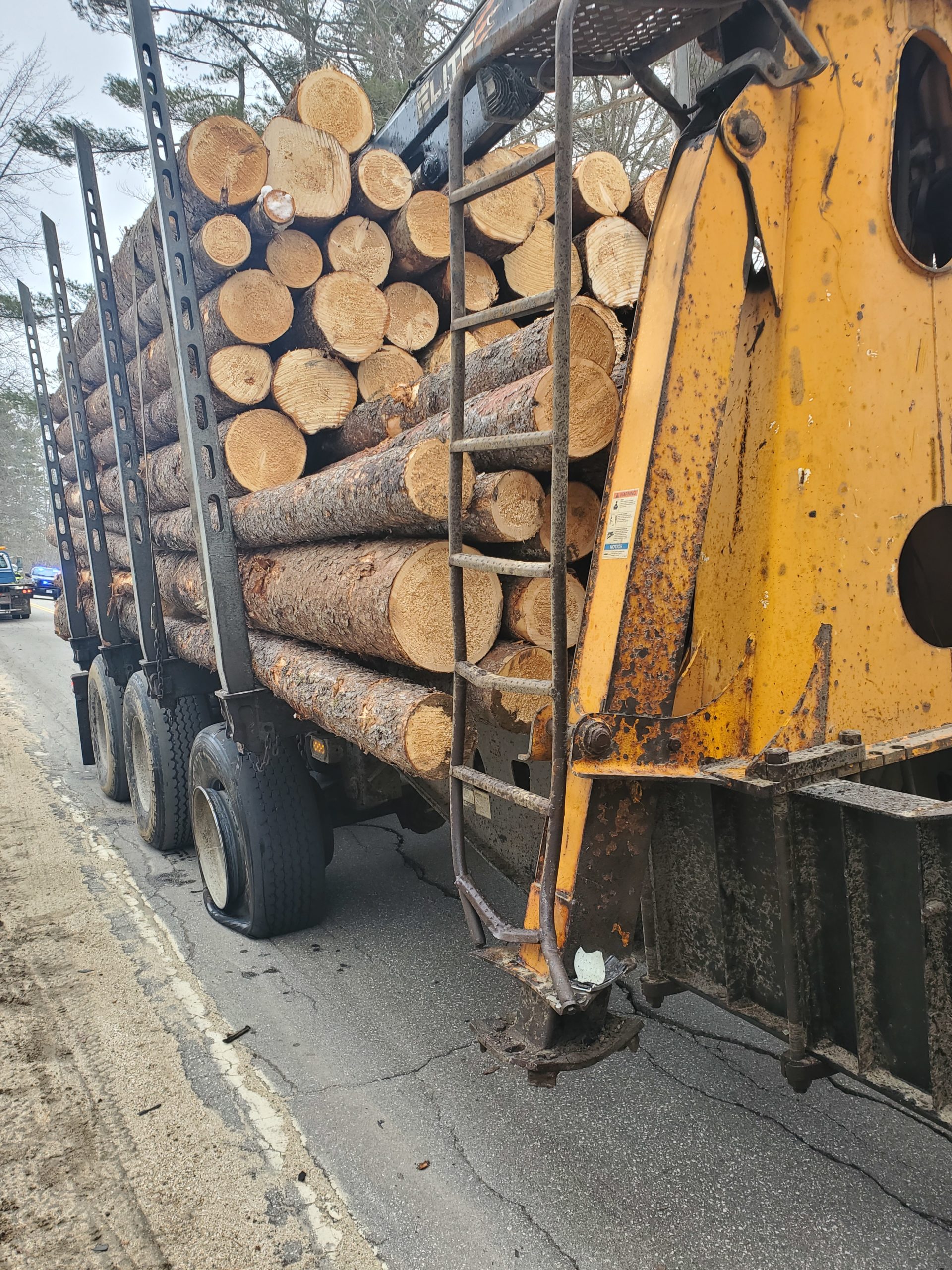 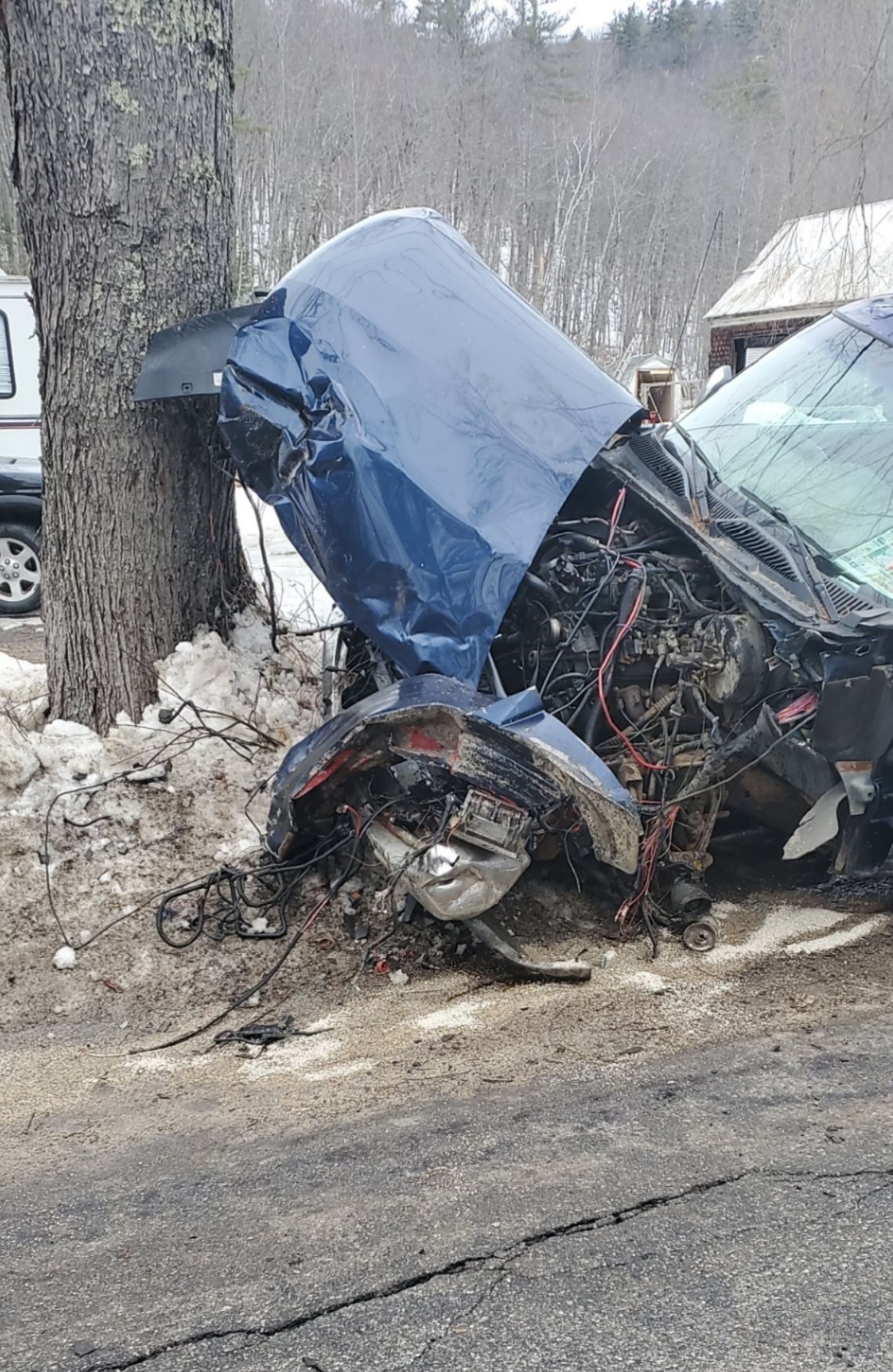 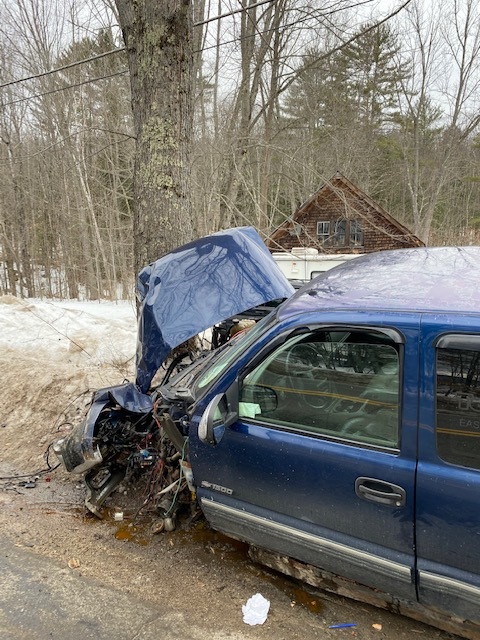 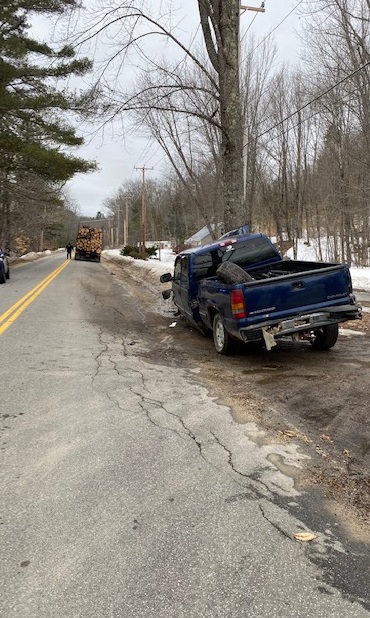 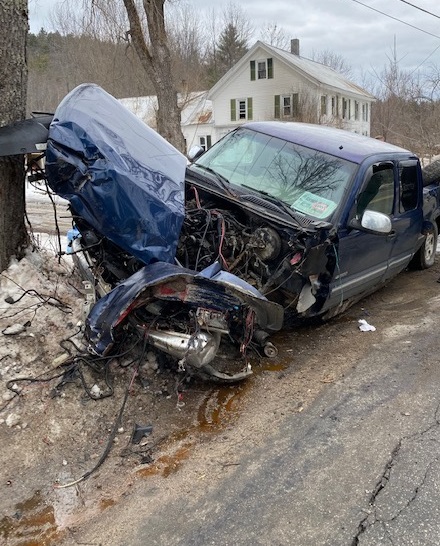