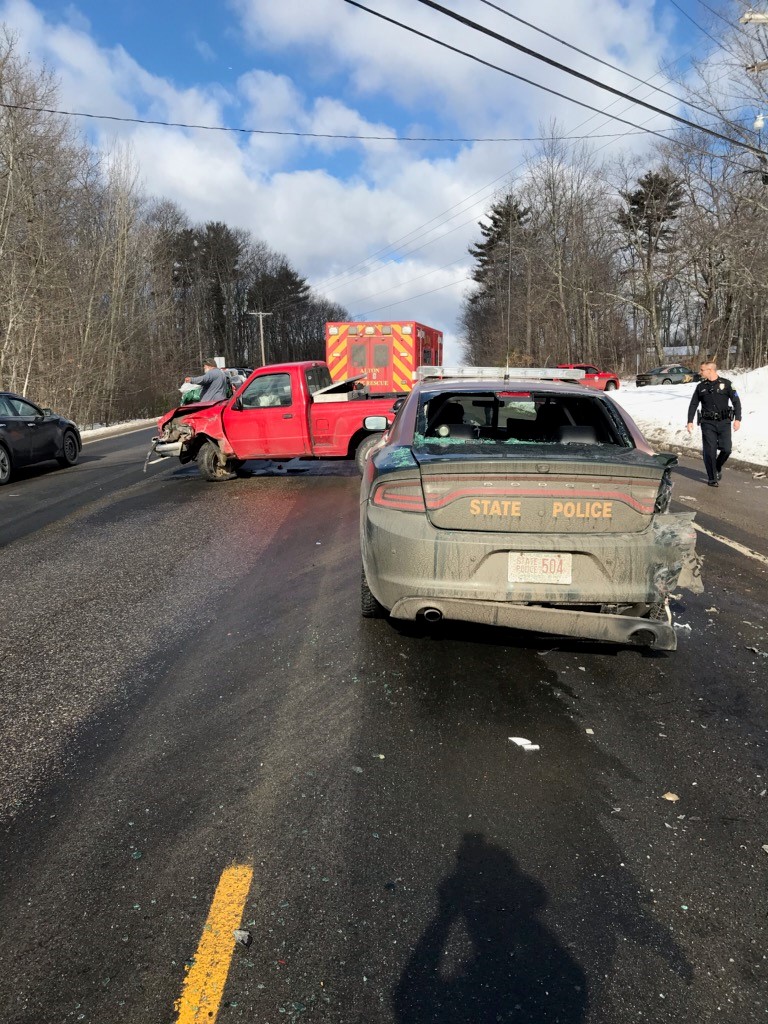 Distracted driving caused one New Hampshire resident to rear end a State Trooper Wednesday (2/12/20). New Hampshire State Police say Sergeant Russ Holmes was driving north on Route 28 in Alton when he slowed to make a left turn onto Old Wolfeboro Road. While waiting to turn, the State Police cruiser was struck by Calvin Cheney’s ’96 Ford Ranger. Police say the 27-year-old from New Durham admitted he was reaching for his cell phone just prior to the collision. Cheney refused medical treatment while Sergeant Holmes was transported to Concord Hospital for evaluation of his injuries. Authorities say the case remains under investigation and that charges are being considered. Anyone who may have witnessed the incident is asked to contact State Trooper Hawley Rae at (603) 323-3333.