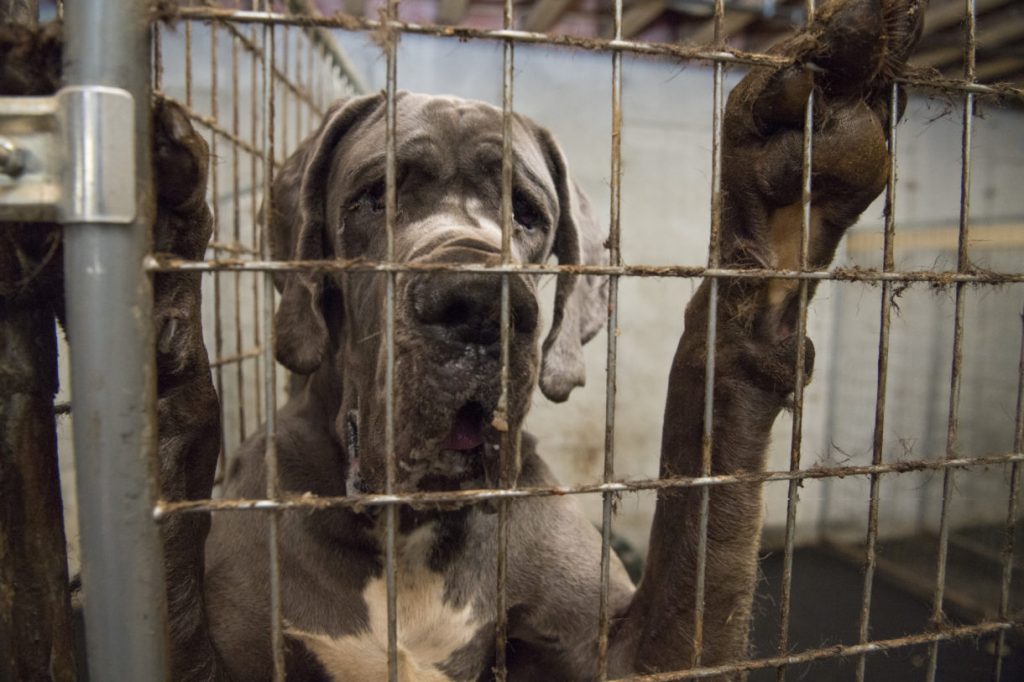 After a string of animal cruelty incidents over the last two years such as the Great Danes in Wolfeboro, the Labrador Retrievers in Marlborough, the Shepherds in Alexandria & Bristol, or the Cocker Spaniels in Dover, the Humane Society is hoping for some reform from New Hampshire. Lindsay Hamrick, the Humane Society’s New Hampshire Senior State Director, says the society fully backs SB161. The bill would clarify the definition of a pet vendor as an animal shelter, rescue, pet store, or breeder which transfers more than 20 live animals or birds used customarily as pets per year. Hamrick says clarifying that definition alone would go a long way in giving authorities the ability to oversee and react to situations immediately rather than having to wait until conditions for the animals have deteriorated into abuse.

Also being debated is HB688, a bill with more extensive changes. Hamrick says that the Humane Society hasn’t endorsed that measure but is interested in the debate surrounding it. She says that while the Humane Society doesn’t support HB688 at this time, they do like that it reinserts a law that was accidentally repealed that requires any animal transferred in New Hampshire to receive a health certificate signed by a NH Veterinarian that would verify that the animal is free from disease. She also says the Human Society is interested in a health certificate database that would be created by HB688 under the Department of Agriculture so they can better track the transfer of animals and ensure appropriate licensing is enforced.

Critics of HB688 point to the bill’s definition of a, ‘Hobby Breeder,’ which would involve people who transfer between 1 and 30 animal(s) per year. This provision would require almost anyone who transfers an animal to be registered under the Department of Agriculture. Hamrick says that the wide ranging impact of that provision has raised a lot of opposition. Click Here to find your legislative officials if you wish to contact them about these bills.