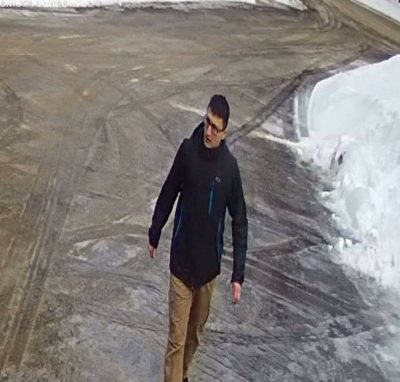 BARTLETT, NH – The Bartlett Police are looking for the public’s help in identifying a trespassing suspect. On Monday Police released an image on their Facebook page of an individual believed to be trespassing in the area of Rolling Ridge Road in Bartlett.

Chief Keaton said that the homeowner’s did not recognize the man and that they are looking for information as to why the individual was on the property.

The suspect is a white male in his late 20’s early 30’s with dark hair and glasses. In surveillance footage the suspect was last seen wearing a navy blue winter jacket.

Those who may have any information pertaining to the case is asked to contact the Bartlett police at 356-5868.