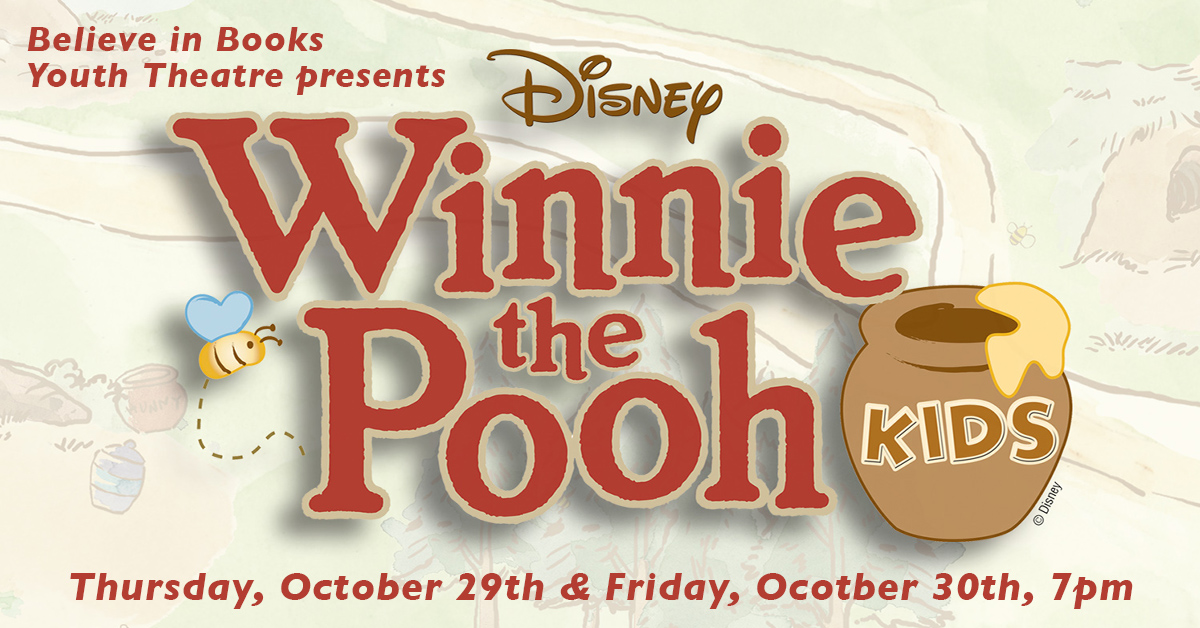 Believe in Books Youth Theatre is proud to announce a “sweet as honey” production this month!

Disney’s Winnie the Pooh Kids hits the stage at the Theater in the Wood on October 29th and 30th! Earlier today on the morning show, Roy Prescott was joined by BIBYT Director Nate Sawyer and two of the stars of Winnie the Pooh Kids!, Alex Sweeney (13) and Brennan McAllister (9). Click below to listen to their interview and get all the details!

Believe in Books Youth Theatre returns with an adorable production of Disney’s Winnie the Pooh Kids! The one-act musical is based on the 2011 animated feature film. The BIBYT cast contains approximately 20 students led by Director Nate Sawyer. Disney’s Winnie the Pooh Kids is a story about friendship as Pooh and his fellow friends go on an adventure in search of Christopher Robin!

With minimal activity available for local children after school and after an extremely successful Summer of theater camp, BIBYT decided to host a Fall production for kids interested in theater.  Disney’s Winnie the Pooh Kids will open Thursday, October 29th at 7:00 pm with a second and final performance on Friday, October 30th at 7:00 pm.  Doors for each show will open at 6:30 pm.  Tickets must be purchased online in advance prior to the performance as tickets will not be offered at the door. Tickets are $12 for general admission and $10 for Believe in Books Literacy Foundation members.  A limited number of tickets are on sale now at www.believeinbooks.org.

The Believe in Books Youth Theatre is a part of the Believe in Books Literacy Foundation which is a Charitable 501 (c) (3) Non-Profit with a mission to advance healthy development of young minds through literacy programs that encourage early reading, imagination, and physical activity.