Hannaford is recalling certain ready-to-eat chicken breast meal kits. The Scarborough-based grocery chain says it was told by supplier Taylor Farms that the products may contain wheat and soy, but the allergens are not listed on the product labels.

The products have establishment number P-46638 inside the USDA mark of inspection.

Hannaford says all impacted products have been removed from store shelves and no injuries or illnesses have been reported. Anyone who purchased one of the recalled products may return it to the store for a full refund.

Our Local Song of the Year Contest showcase shows have been finalized!
All shows will be from 7-8p
The Gravel Project (Andrew Gravel solo), Saturday the 18th at Horsefeathers Restaurant
JUG , Thursday the 24th at The Red Parka Steakhouse & Pub
Willow Carter Music Wednesday the 30th at Deacon Street Wine & Whiskey
We hope to see you there!
Again, special thanks to our sponsors, Blue Moon Brewing Company , Amoskeag Beverages LLC and North Conway Music Center!
March 15, 2022
https://www.wmwv.com/wp-content/uploads/2022/03/logo-1.jpg 0 0 Shannon https://www.wmwv.com/wp-content/uploads/2022/03/logo-1.jpg Shannon2022-03-15 13:55:142022-03-22 09:30:58Local Song of the Year Showcase Shows Announced 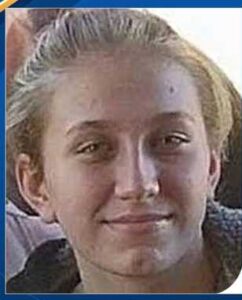