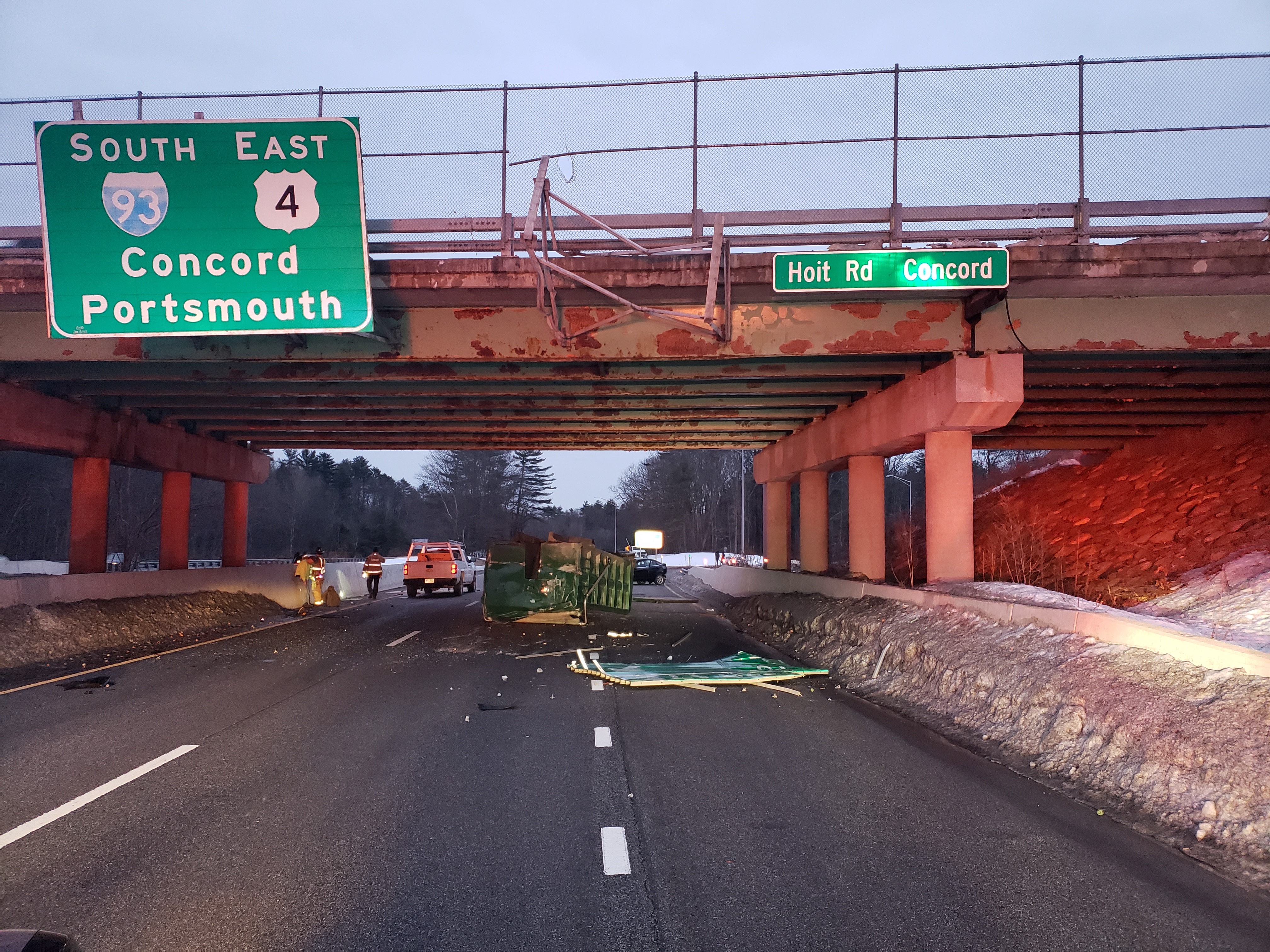 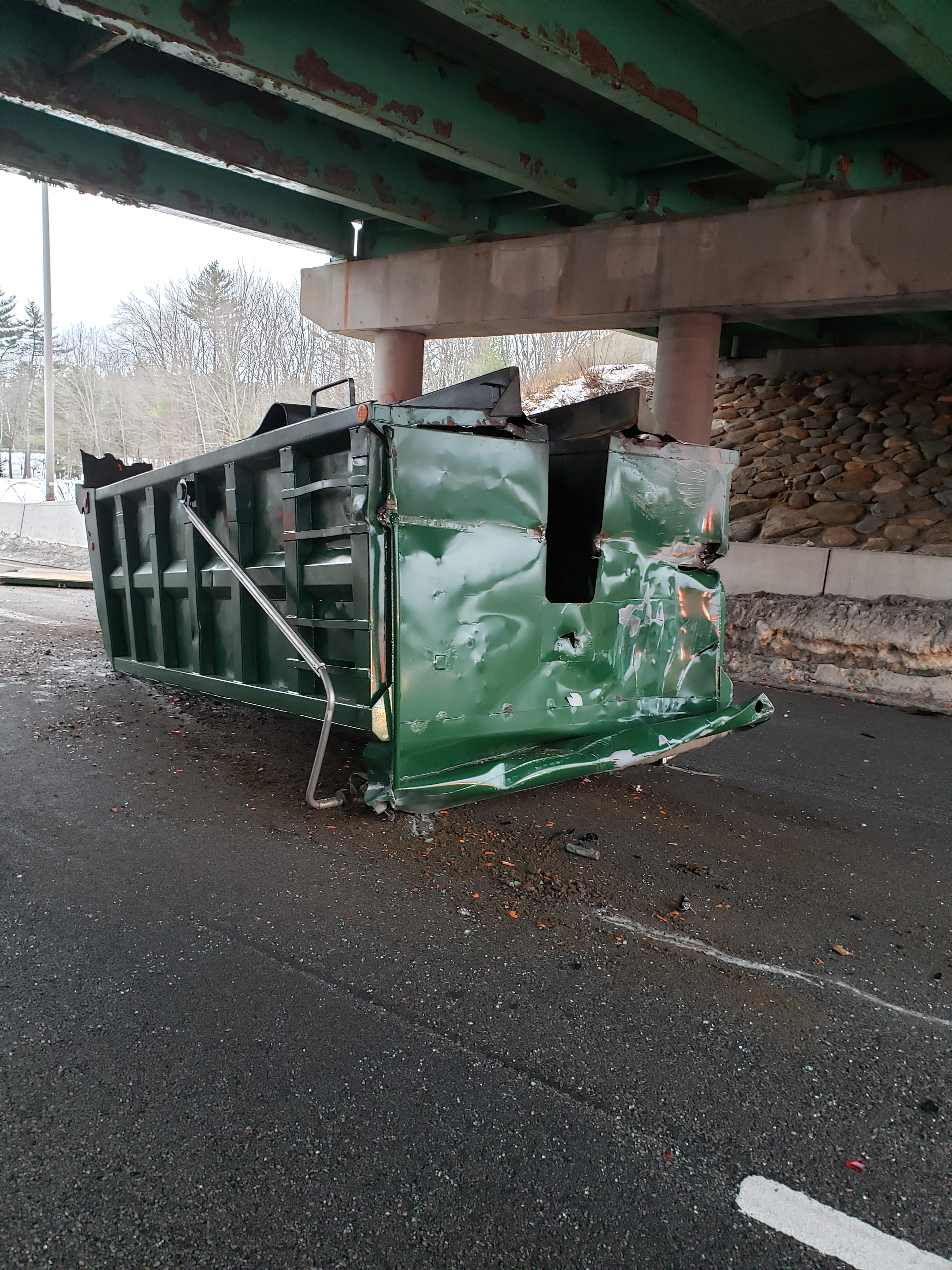 New Hampshire State Police report a Conway man accidentally crashed a dump truck into an overpass on I-93. Police say the man was southbound on Interstate 93 around Exit 17W when the dump truck he was driving lifted the dump body into the upright position. The reason for it lifting into the upright position remains unknown. The raised dump body then struck the Hoit Road Bridge and scattered debris, including the dump body, across the road. Three other vehicles were impacted by the incident. No serious injuries were reported but several people were taken to the hospital as a precaution and the Interstate was shut down for bridge repairs. The event remains under investigation and the Conway Driver has been issued a summons for negligent driving.