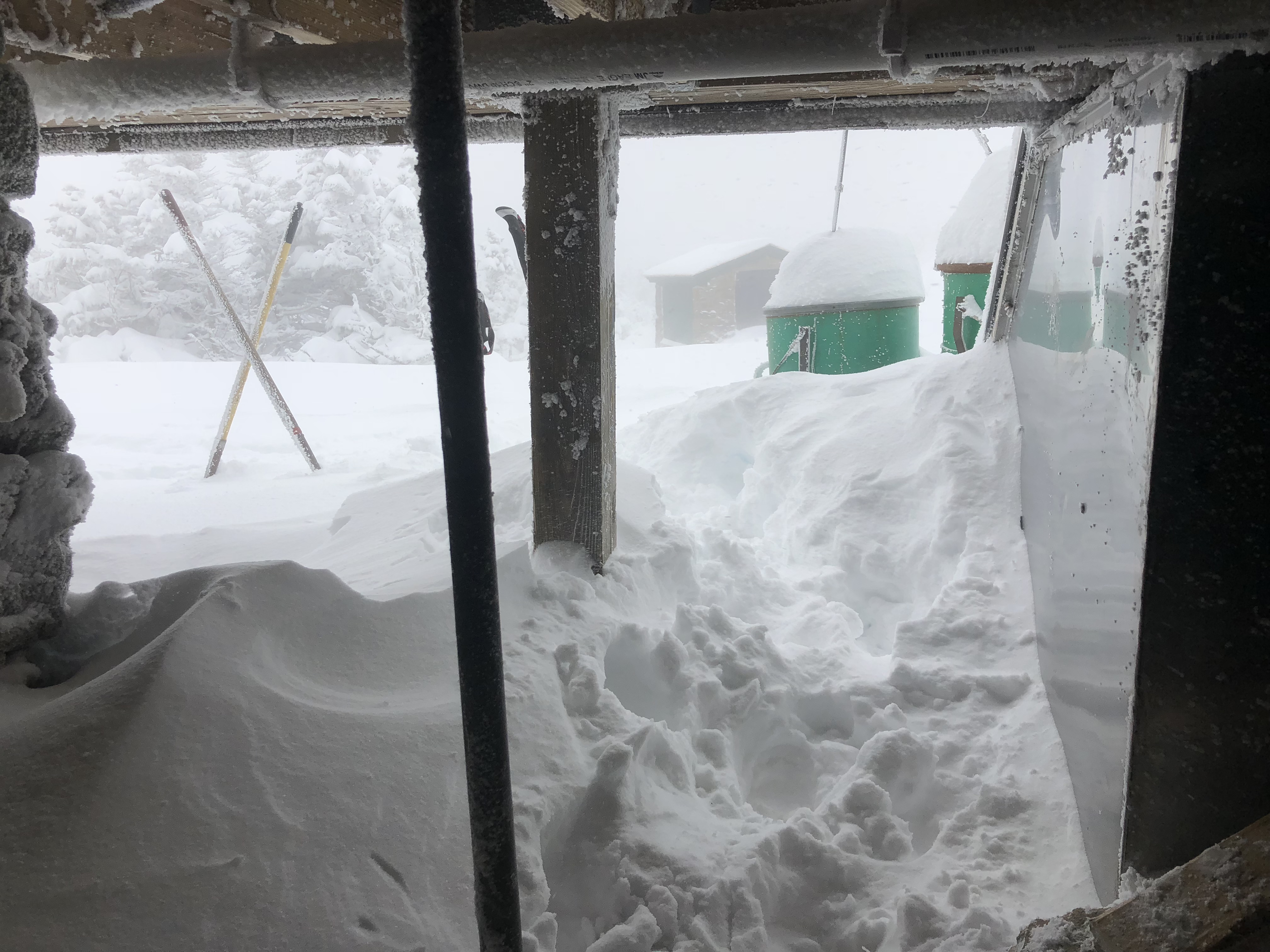 Andrew Carlson had huddled under Madison Spring Hut to protect himself from the elements while he waited for rescuers. ~ Photo courtesy of Matt Bowman of AVSAR.

LOW & BURBANK’S GRANT , NH – A hiker was rescued near Mount Madison after activating his emergency beacon.

Fish and Game officials said that at 9am yesterday the International Emergency Response Coordination Center alerted them to an emergency beacon activation by the near the northern section of the Presidential Range. There was little to no information provided other than that it belonged to Andrew Carlson of Madeira Beach, Florida.

Carlson had reportedly departed from Pinkham Notch the previous morning in an attempt to hike south along the Appalachian Trail.  He was attempting to complete a large section of the presidential range before the weather got too bad.  Attempts to contact Carlson on his cell phone were unsuccessful, so a rescue effort was initiated. 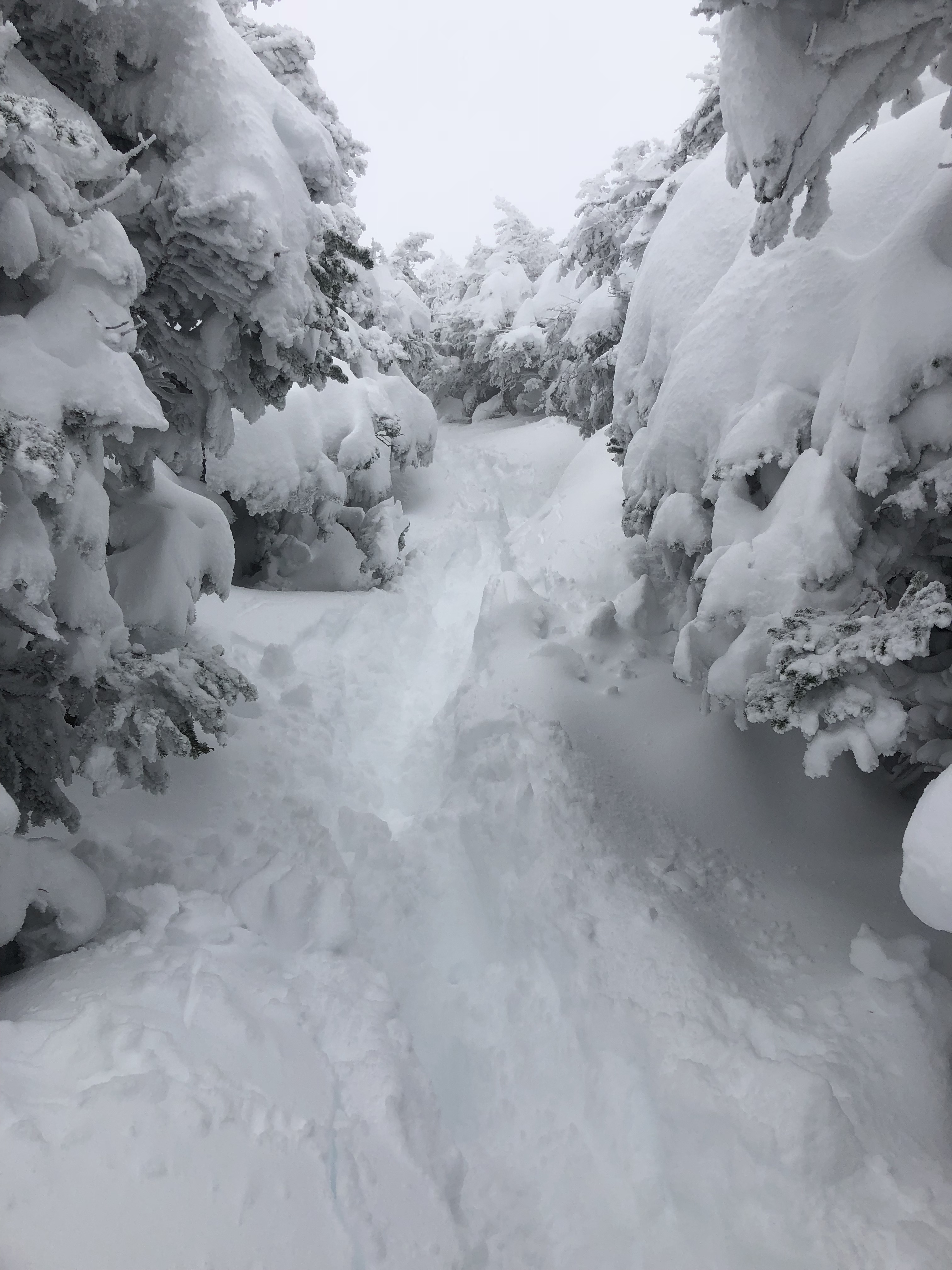 Rescuers traversed waste deep snow in mid-winter conditions on the presidential range in order to rescued. ~ Photo courtesy of Matt Bowman of AVSAR.

Rescuers from the Androscoggin Valley Search and Rescue and members of the Fish and Game Advanced Search and Rescue Team responded facing brutal mid-winter conditions with a steady wind speeds of around 40mph and a wind chill of negative 1 degrees.

Rescuers trudged through up to 3 feet of snow on upper elevation trails for several hours finally locating Carlson at the Madison Spring Hut at 1:40 Wednesday afternoon. He was cold but alive and huddled underneath the building to protect himself from the elements.

Despite the challenging conditions Carlson was able to hike out under his own power  with rescuers arriving safely at the trailhead at 4:30 p.m.