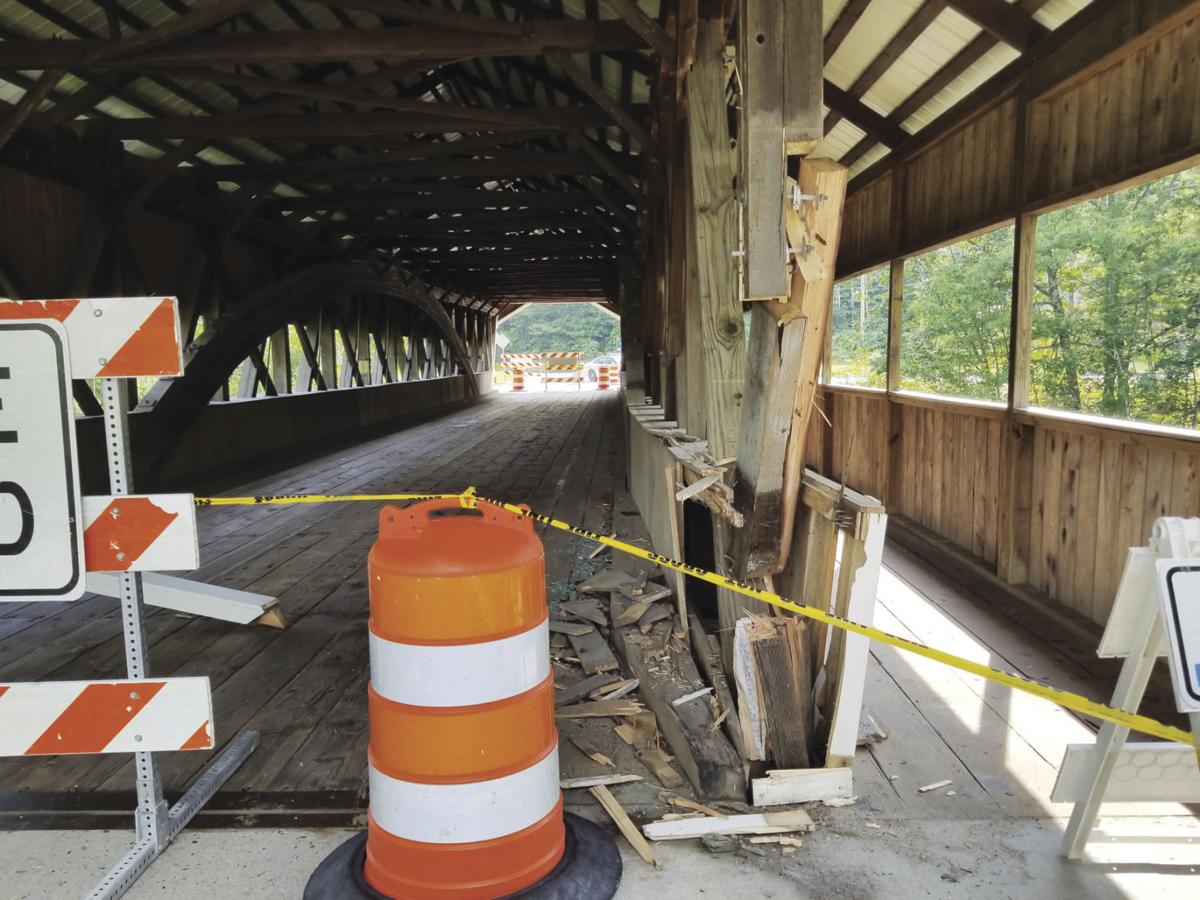 Officials with the department of transportation said a vehicle crashed into a support and first truss of the Honeymoon Covered Bridge on Saturday. T

he bridge, which is at the intersection of routes 16 and 16A, was closed over the weekend. DOT officials reopened the bridge at around 1pm yesterday, saying that they made temporary repairs which has allowed the bridge to be safely reopened to traffic for the usual passenger vehicles only.

Bartlett Police said that the driver of the vehicle was an 18-year-old woman from Conway. The driver and sole occupant of the vehicle, had failed to negotiate the village exit of the bridge striking the support beam and rolling the vehicle onto it’s drive side coming to rest inside the bridge.

The driver luckily only suffered minor cuts and bruises.

Authorities said that they don’t believe alcohol or drugs were factors in the crash but speed and driver distraction were.

Police said that no charges have been filed against the teen yet but they could be depending on evidence.