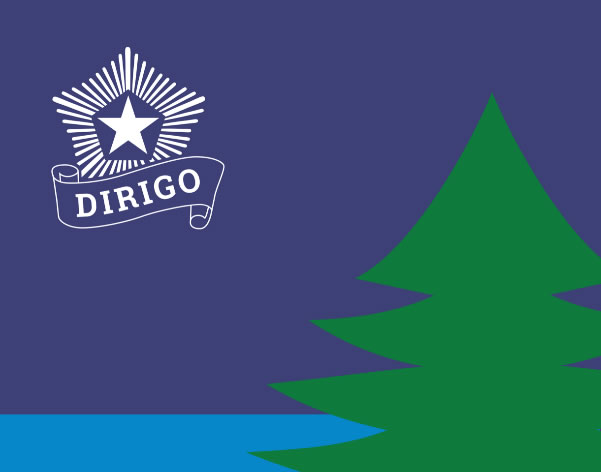 Maine has chosen its design for its bicentennial flag. After holding an online vote between three designs, Maine Secretary of State Matthew Dunlap unveiled the winning design Friday last week. The flag is comprised of a field of blue representing the sky; lighter blue across the bottom representing water, be that river, pond or ocean; and a pine tree moved off center to make the viewer feel like they are inside the forest, looking out. The shape of the pine tree is based on the tree featured in the Maine Merchant and Marine flag in the 1930s. The original design of the flag featured a plain white star, but Secretary Dunlap replaced that star with the Dirigo Star from the State Seal. The original design was submitted by Portland Resident Jeff Van West. The decision incorporates input from more than 6,500 people who participated in an online survey of three different designs. With 59 percent of the votes, survey respondents expressed preference for the design that depicts a variation on Maine’s State flag of 1901.

The flag design to celebrate the 200th anniversary of Maine’s formation as a State still needs to be approved by the Bicentennial Commission before it formally becomes the flag of the event.