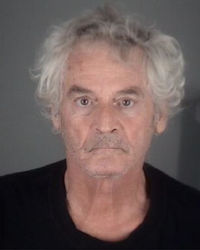 Holiday, FL – A man convicted of killing his wife in in Conway in 1999 has admitted to killing a woman in Florida. The Tampa Bay Times reports that 71-year-old Warren Birkbeck called Pasco County sheriff’s deputies early yesterday to confessed that he had stabbed 42-year-old Denise Cook to death in the home they shared.

The paper reports that Birkbeck told authorities he stabbed Cook because she did not have romantic feelings for him, saying “I just have a hard time being rejected”.

Birkbeck was convicted of killing his estranged wife in Conway in 1999. He was sentenced to 15-30 years in prison, and was granted parole in 2015, and moved to Florida shortly after.