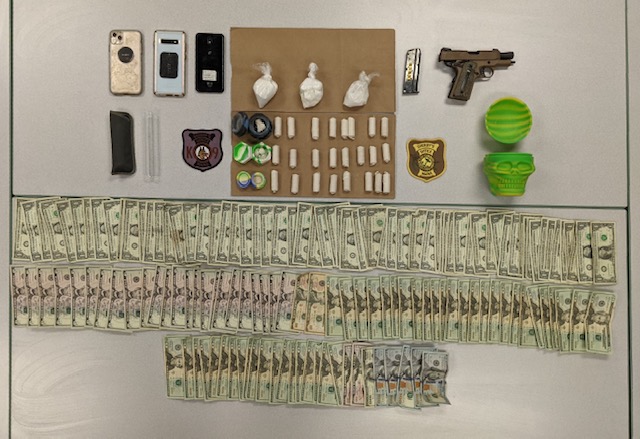 An additional aggravating factor was the possession of a firearm while trafficking illegal drugs.

The Cumberland County Sheriff’s Office was assisted by the Maine Drug Enforcement Agency.

This investigation is ongoing and more charges are likely.

This case represents the second significant fentanyl seizure in recent weeks. This case also reflects the extent of the drug problem in the Sebago Lake area. The CCSO will continue to collaborate with public health officials, substance abuse programs, and our Federal, State, and Local law enforcement partners to protect our communities from drug-related crimes.