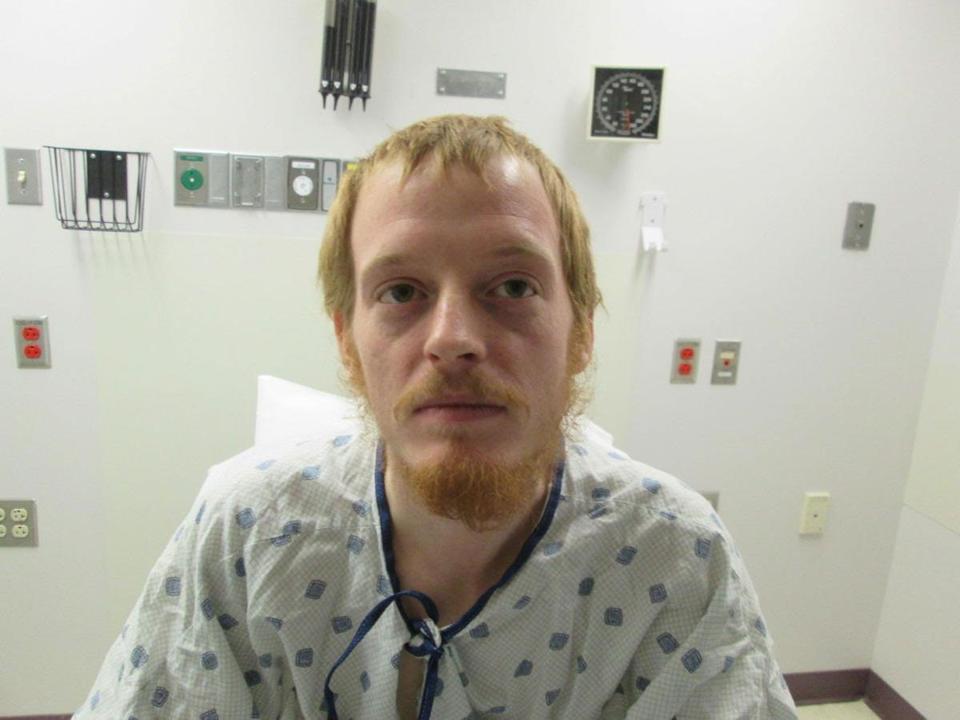 Authorities are searching for 27-year-old Christopher Thomas who was allegedly last seen with a rifle at the Rochester Walmart. ~ Photo courtesy of Rochester Police

!UPDATE! – According to Rochester Police Chief Paul Toussaint police brought Thomas into custody before 10:30 this morning.

Rochester Police reported that the suspect fired shots at police, but luckily no injuries were reported.

ROCHESTER, NH – Officials in New Hampshire say they are seeking an “armed and dangerous” man in the woods near Rochester. Strafford County SWAT teams and Seacoast emergency response teams are assisting in the search for 27-year-old Christopher Thomas who is wanted by police on three warrants of criminal threatening and four warrants for theft.

Officials say Thomas was seen in a local Walmart parking lot armed with a rifle before he ran off into nearby woods. The Boston Globe reported that Police believe Thomas is homeless and had been living behind the Walmart.

Police say this is not an active shooter scenario and no injuries have been reported.

The search has prompted the lockdown and evacuation of nearby businesses.

Residents are asked to avoid the area as police respond to the scene.

Thomas was described as a white man with a beard who stands about 5 feet 8 inches tall and weighs about 160 pounds. If anyone see’s Thomas they are asked to contact police immediately.

Sununu And Bradley Among The Few Incumbents Who Keep Seats After General El...Police Arrest Armed Man After Overnight Man Hunt In Rochester
Scroll to top