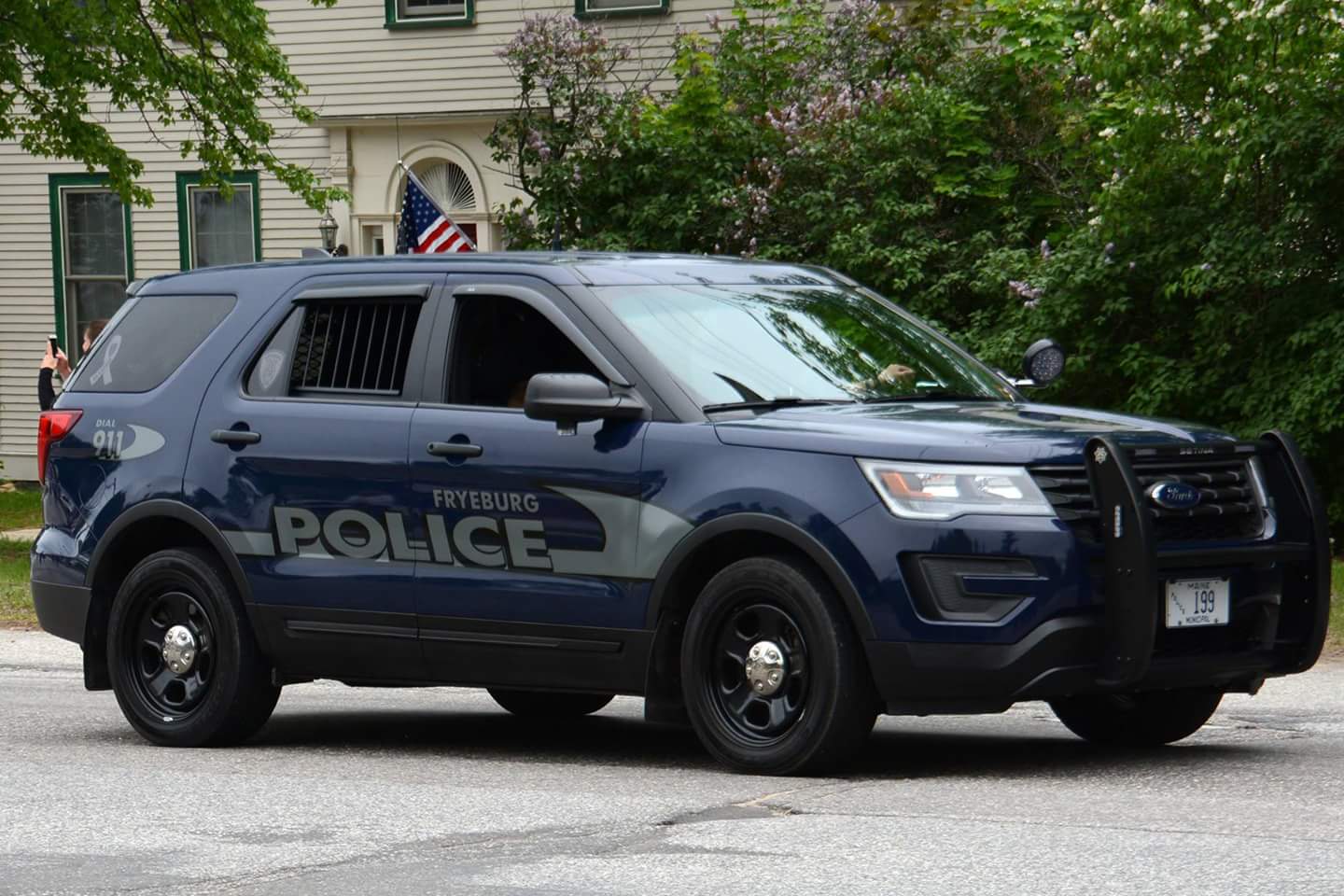 Fryeburg Police, Fire, and Rescue responded to two motor vehicle crashes this weekend. A 54-year-old Fryeburg resident had been driving his pickup truck eastbound on Rt. 302 when his vehicle crossed into the oncoming lane and struck a utility pole, bringing down wires and closing the road for several hours. Fryeburg Police Chief Joshua Potvin says the vehicle’s driver said he had fallen asleep at the wheel. 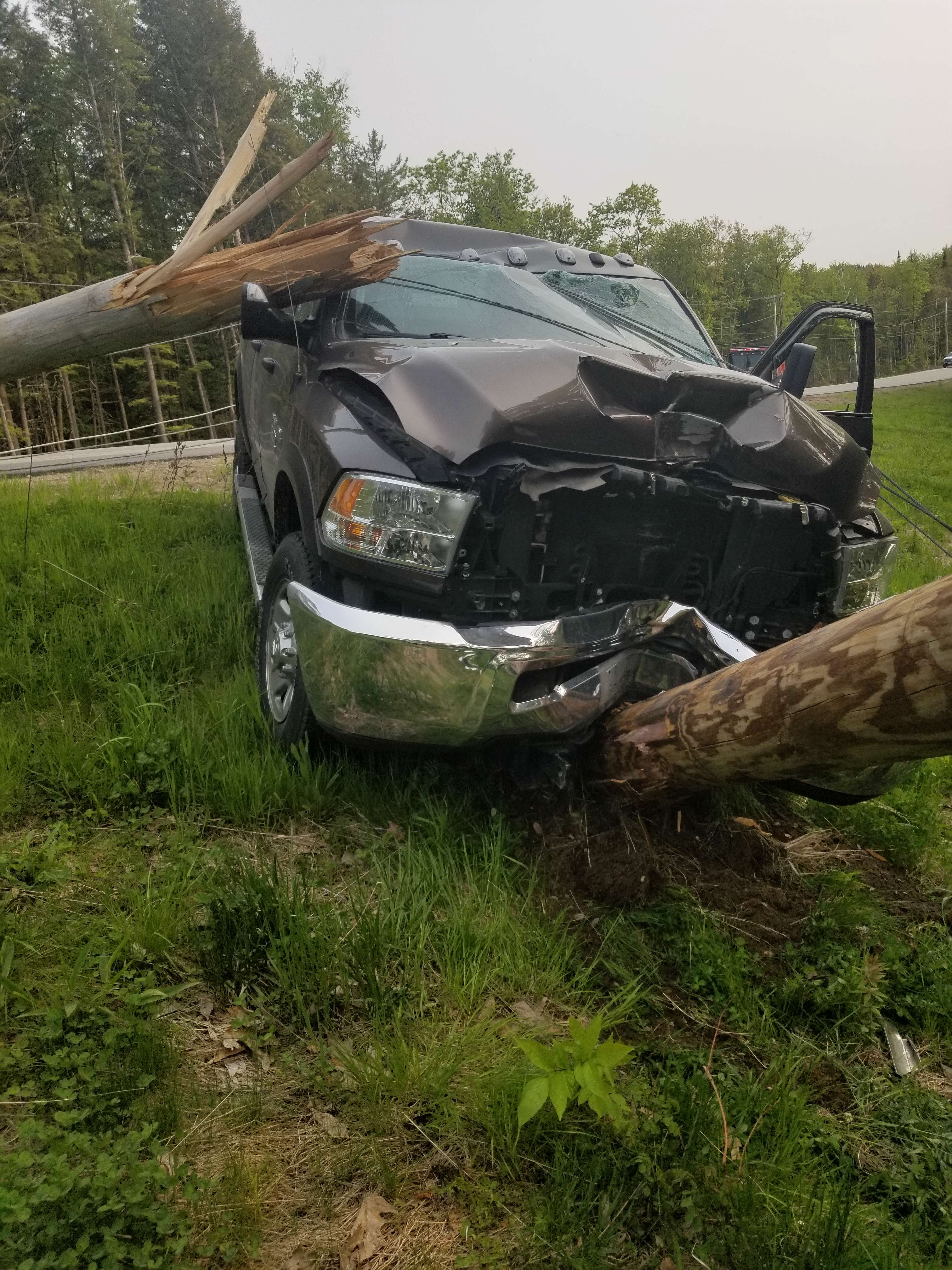 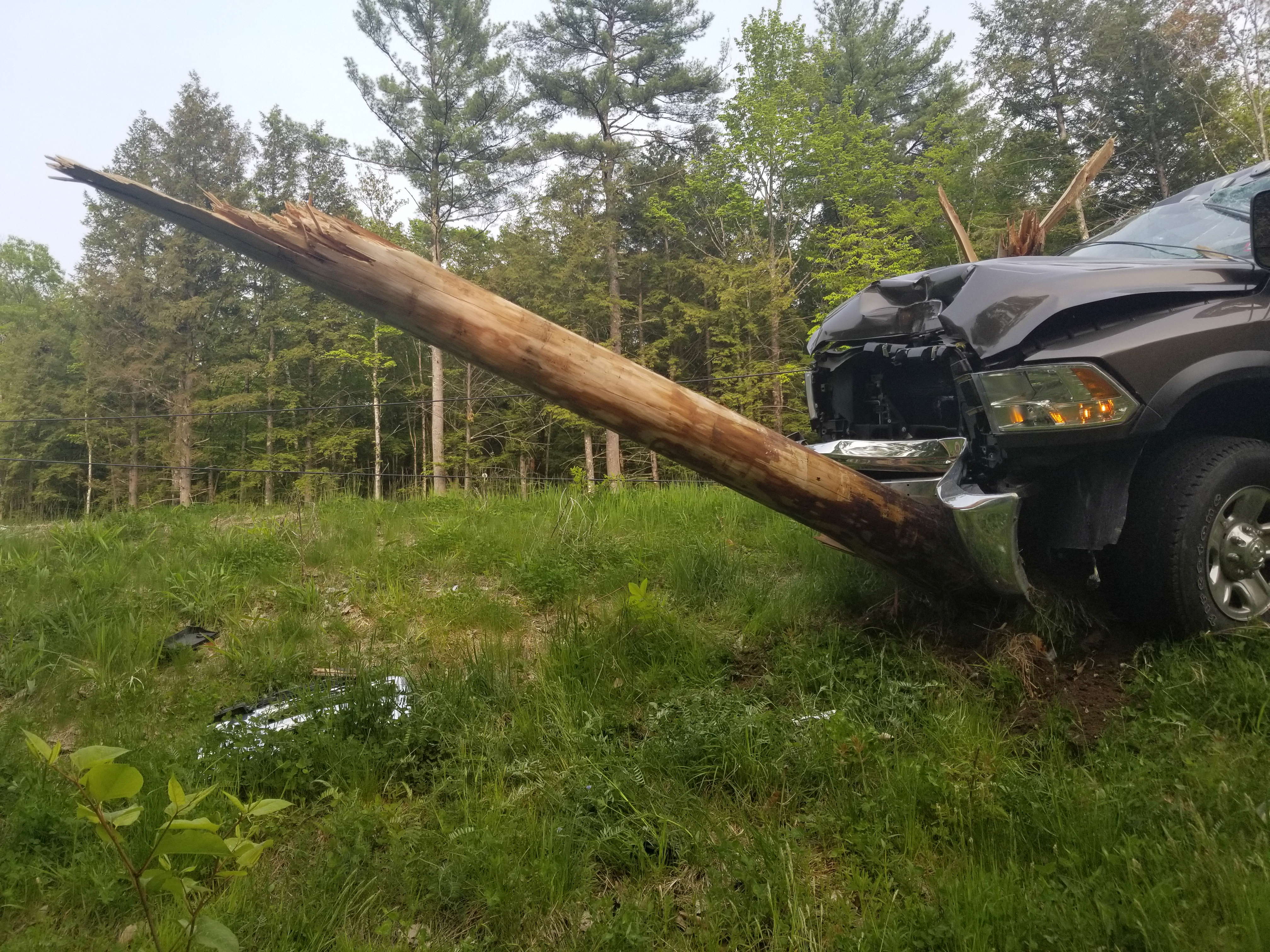 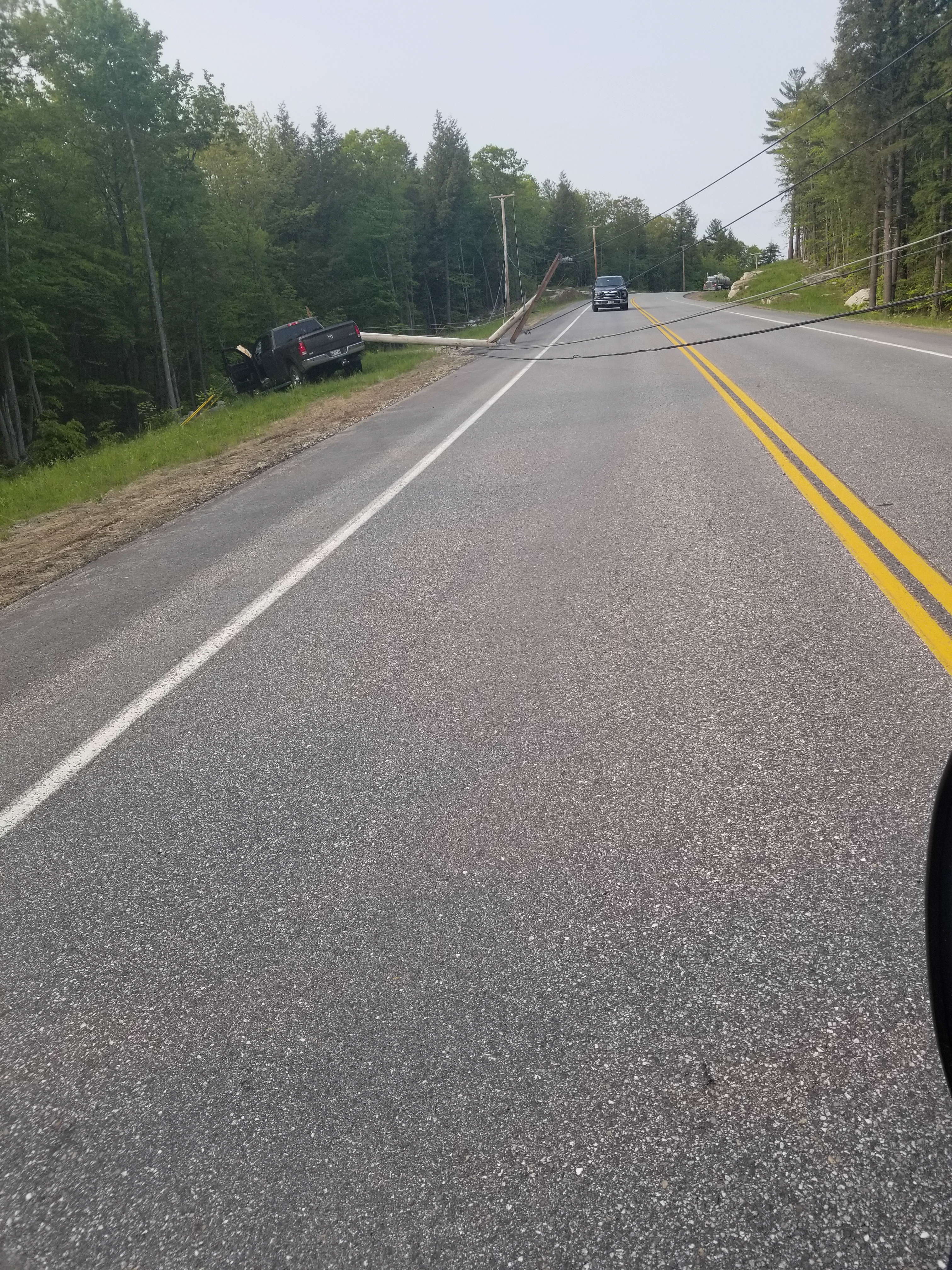 Driver inattention led to the other accident in Fryeburg this past Saturday. Fryeburg Police say a 74-year-old Chatham, NH, resident was driving southbound on Fish Street around 12:30 when his vehicle crossed into the oncoming lane and struck an excavator bucket which had been placed in a ditch of the construction zone. Fryeburg Police, Fire and Rescue all responded to the crash and provided medical treatment to the man and his 76-year-old wife before releasing them without transporting them to the hospital. Fryeburg Police Chief Joshua Potvin said both occupants as well as other motorists were extremely fortunate they were not seriously injured and he commended the Fryeburg Fire Department on quickly extricating the passengers from the vehicle. 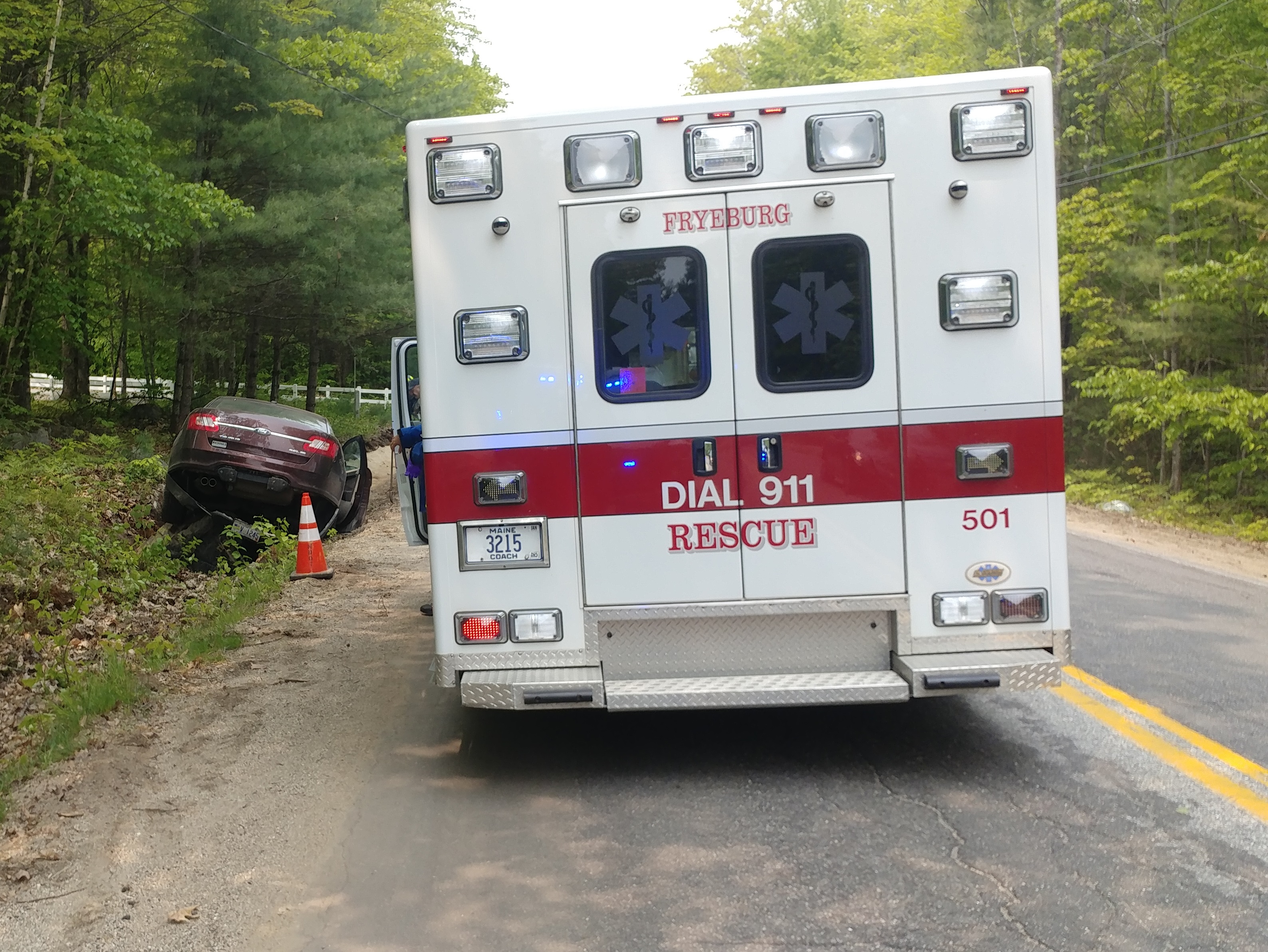 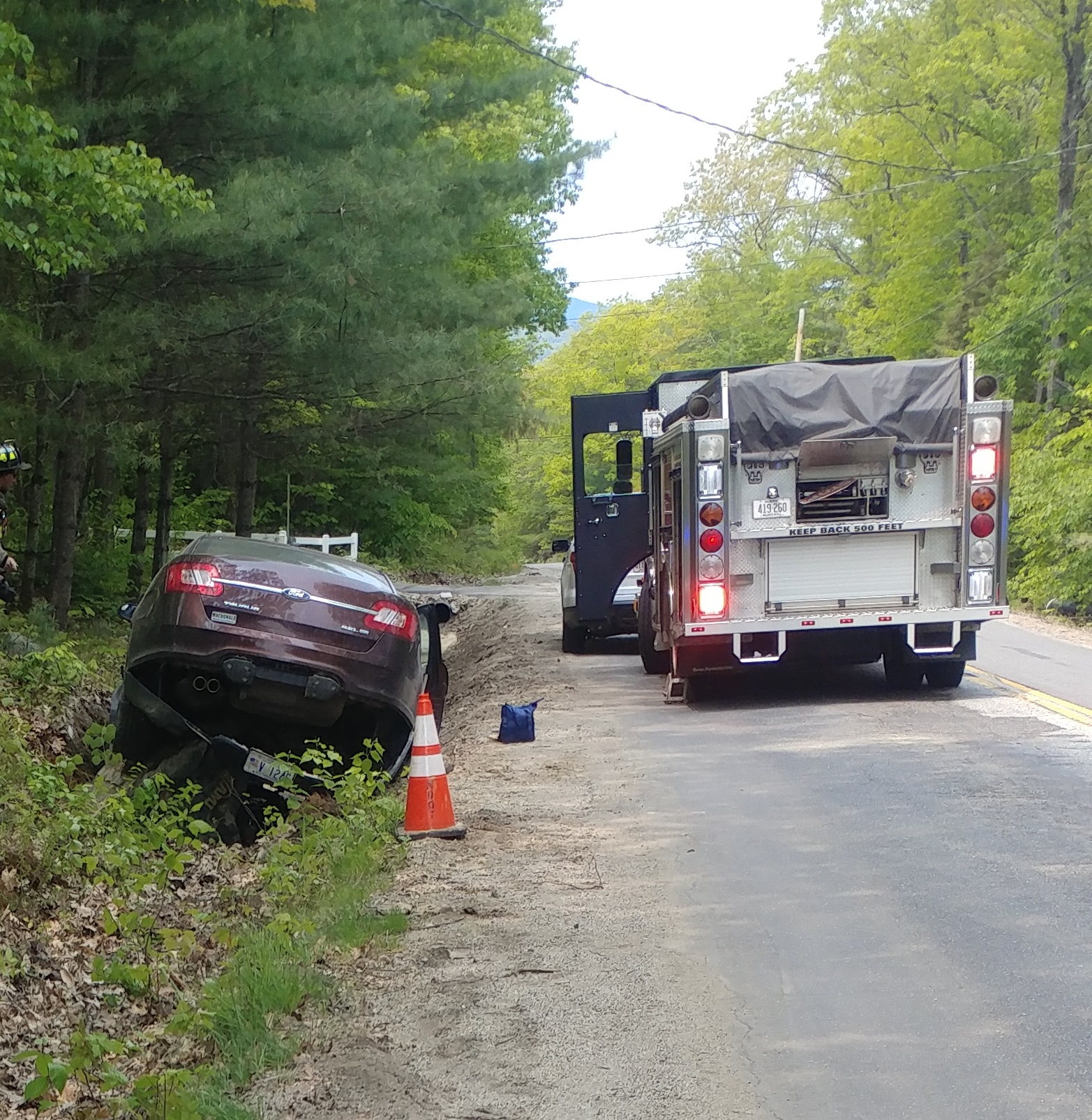 (All photographs courtesy of the Fryeburg Police Department.)