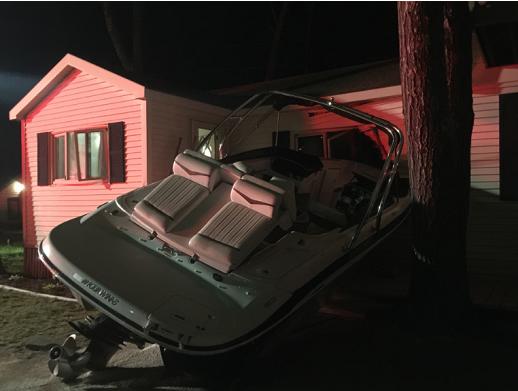 When Authorities Arrived on scene the 22-foot Black Four Winns was still running with no driver to be found. ~ Photo Courtesy of New Hampshire State Marine Patrol.

Ossipee, NH – A Boat crashed into a house in Ossipee early Monday morning. According to New Hampshire State Police-Marine Patrol Sergeant Seth Alie, he responded to a report of a vessel that had crashed into a home on Deer Cove Road in Center Ossipee at 12:11 am. 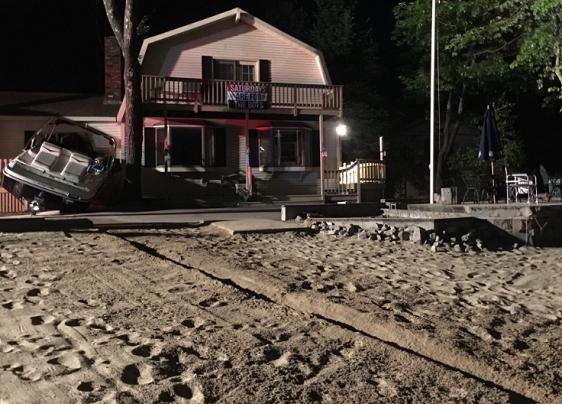 The boat was approximately 75 feet from shore of lake Ossipee, across a beach, and over a road. It was resting on the porch and partially through the side of the residence. No one inside the house was injured during the crash.

This incident remains under investigation. Anyone who may have further information related to this accident or who may have witnessed this crash is encouraged to contact Sergeant Seth Alie at 603-293-2037 or by email at [email protected]