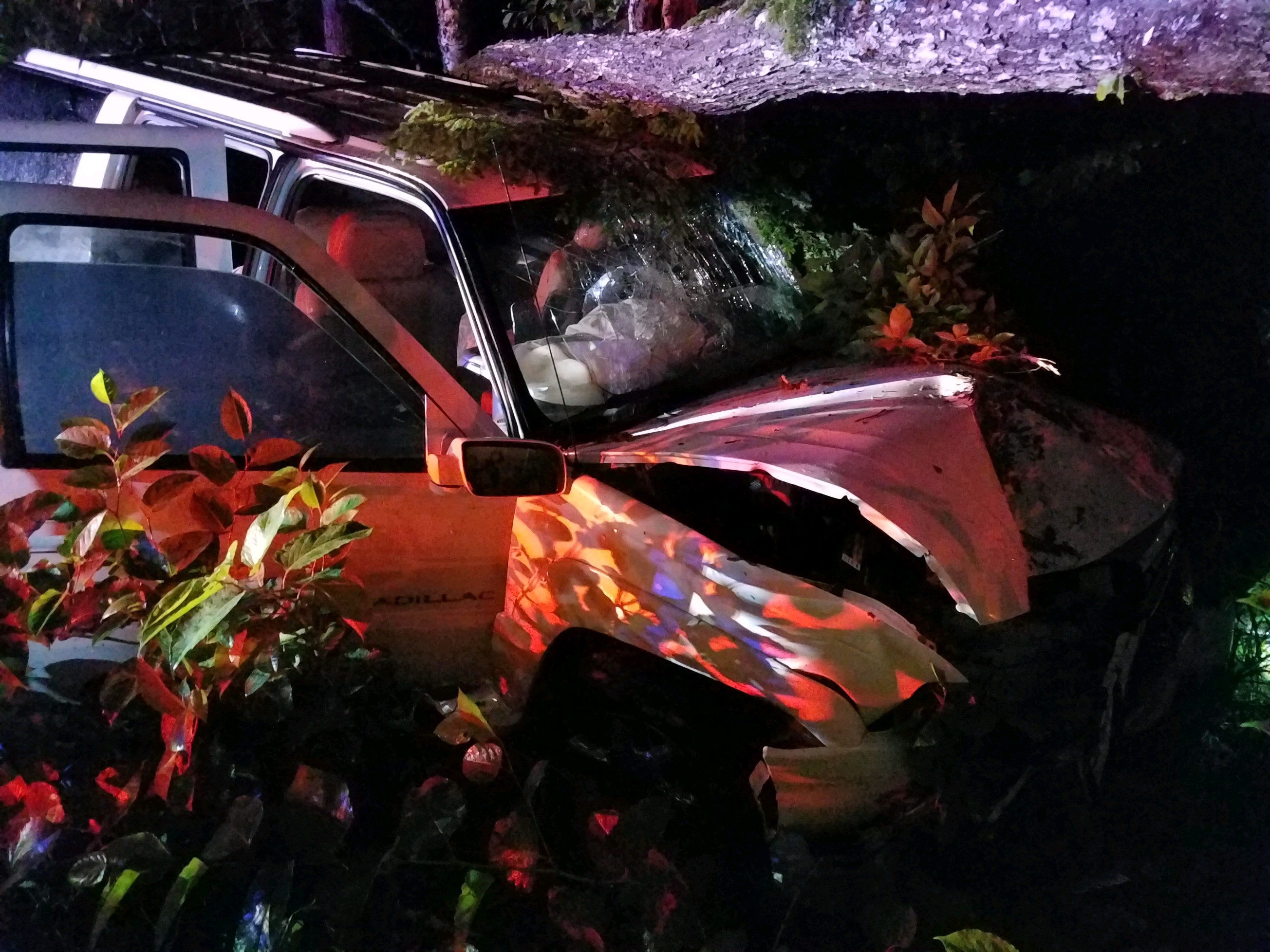 FRYEBURG, ME – A group of juveniles are lucky to be alive after a joy ride in Fryeburg early Friday morning. 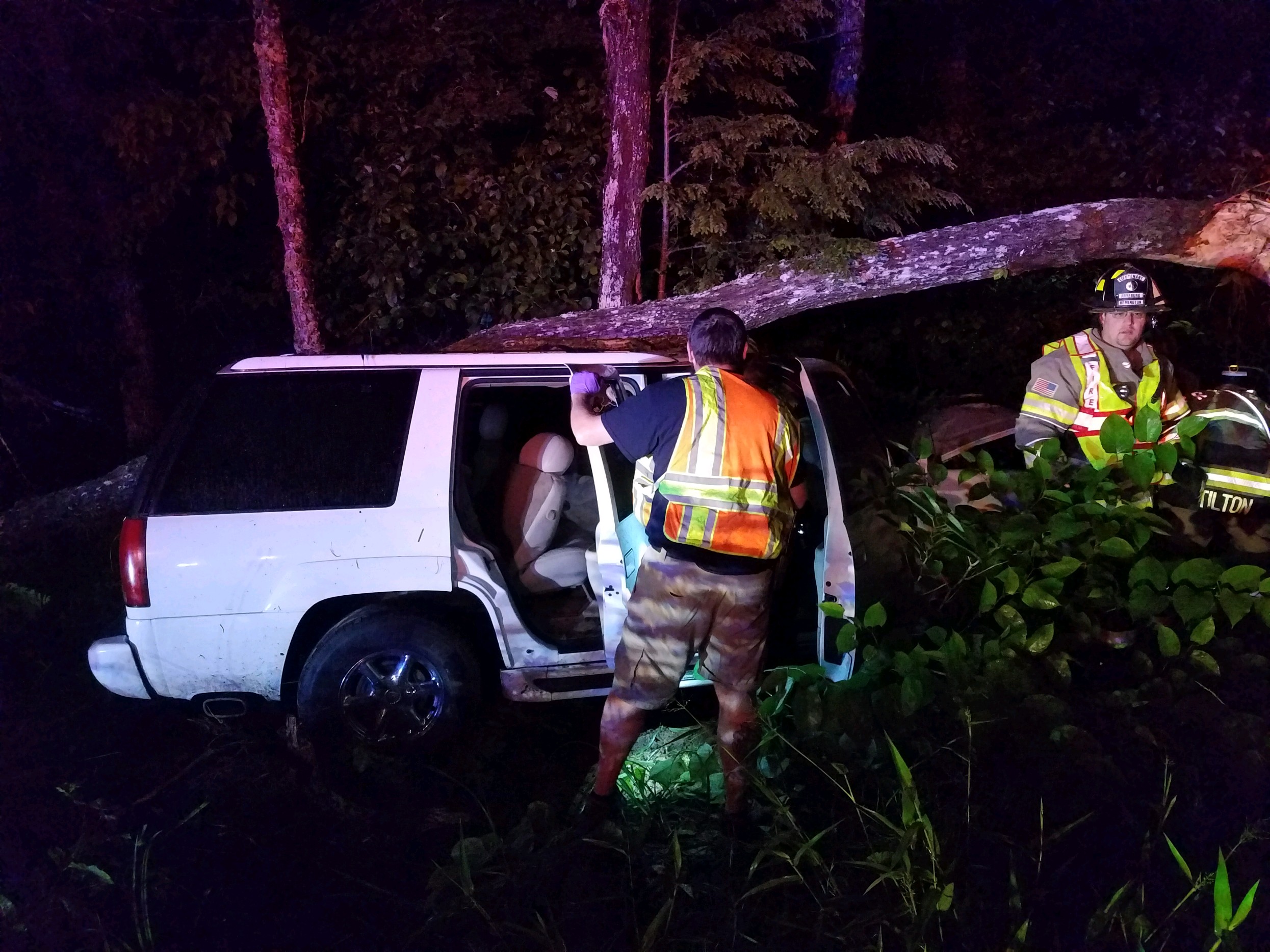 A 15-year-old girl took a vehicle from a Fryeburg Home without permission before crashing it into a tree early Friday Morning. ~ Photo courtesy of Fryeburg Police

According to Fryeburg police they alongside fire and rescue responded to an accident on Haley Town Road where a 1999 Cadillac Escalade crashed into a tree just after 3:30 Friday morning. 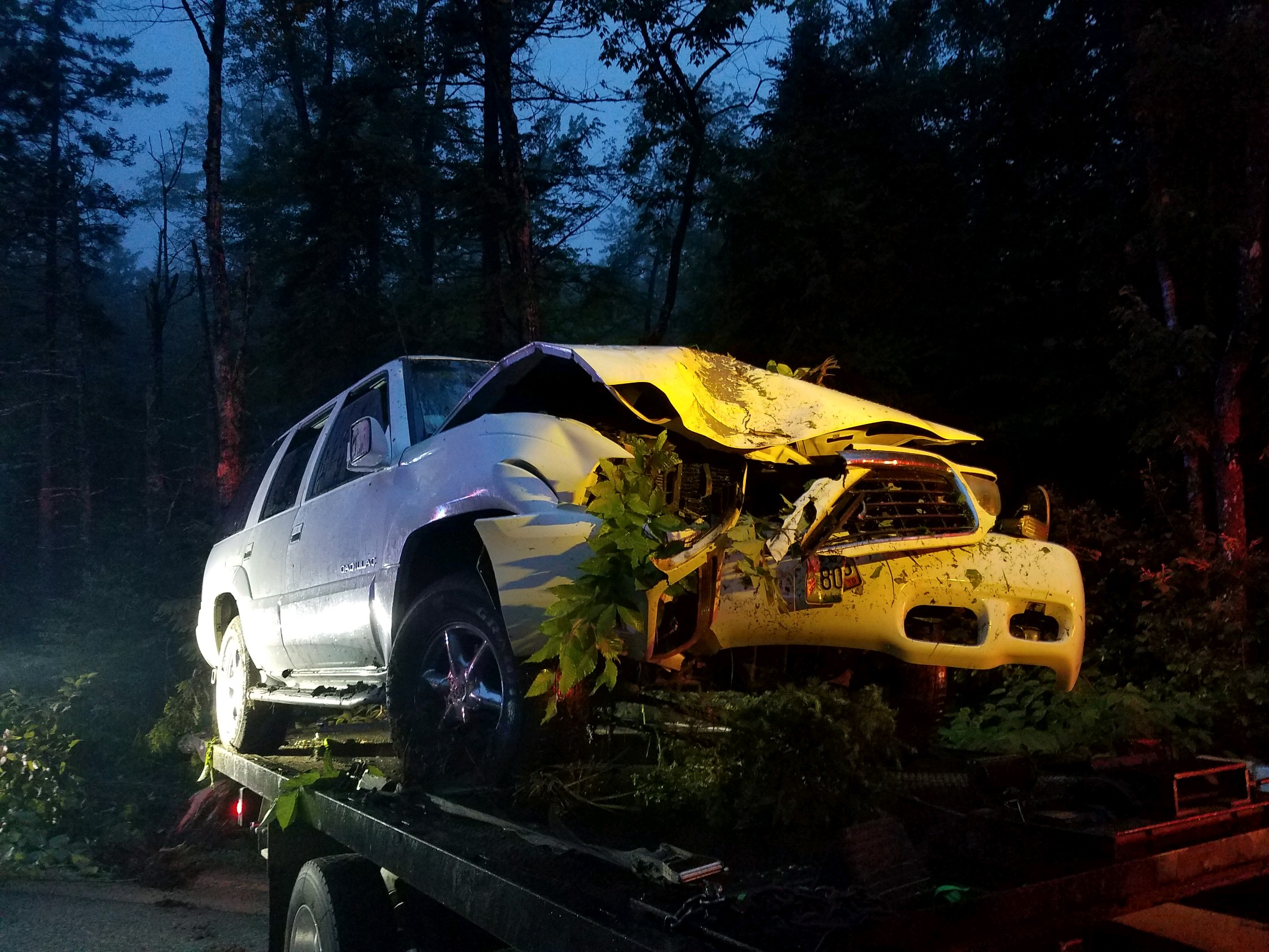 Police said all 8 occupants fled into the woods after the crash.~ Photo courtesy of Fryeburg Police

Police said that an unlicensed 15-year-old girl took the vehicle without permission from a home on Meadow Lane and picked up 7 of her friends before crashing it into a tree. Police said that all of the occupants initially fled the scene on foot into the woods before being located by Fryeburg Police Officers. 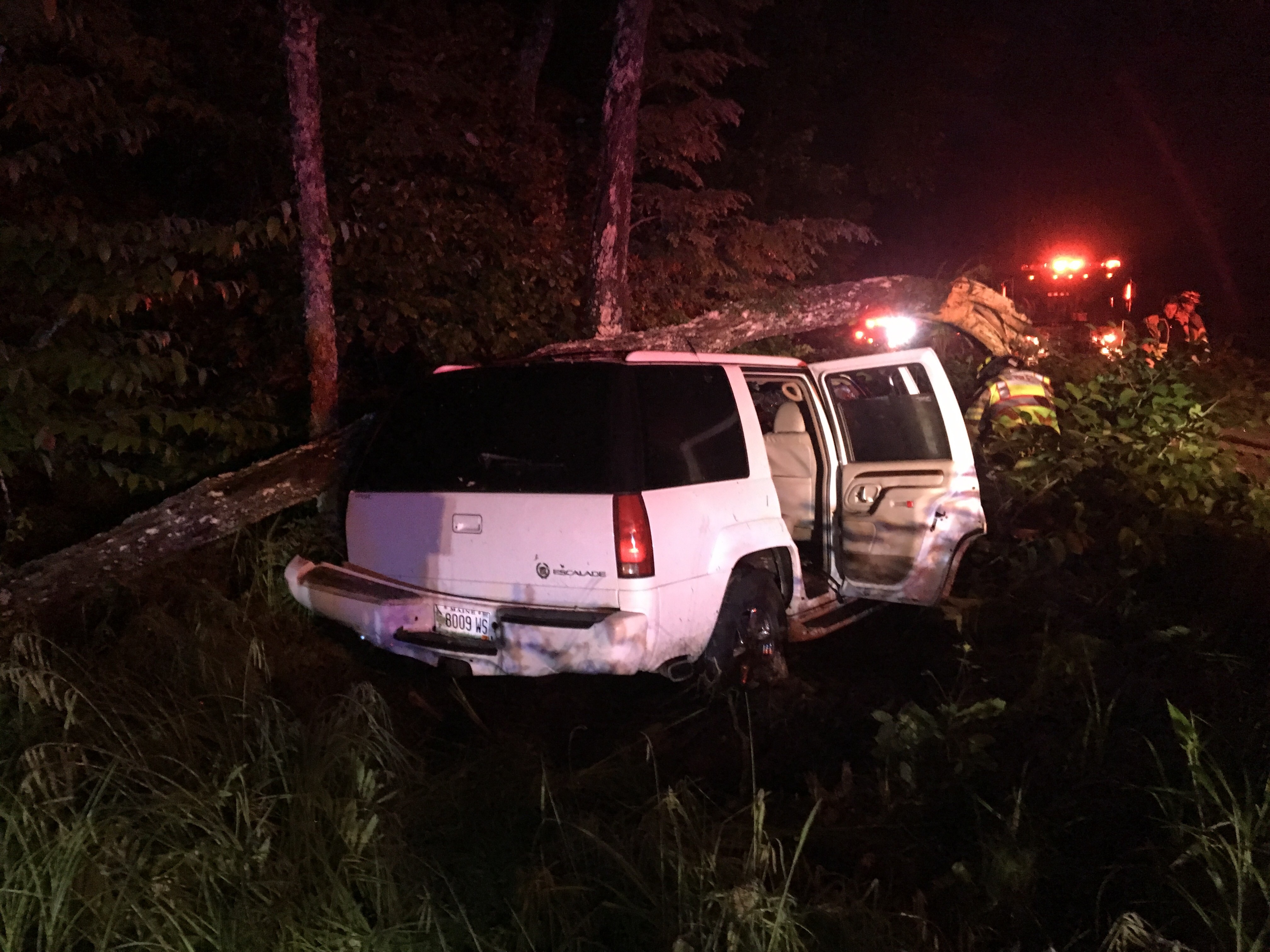 Two of the juveniles were taken to Maine Medical Center with non-life-threatening injuries. Three other passengers were treated on scene and then released.

Fryeburg Chief Joshua Potvin said the occupants were extremely fortunate to be alive. He said they are still investigating the crash but believe speed along with the driver’s inexperience caused the crash. The Chief added that several criminal charges are likely to come from the accident.