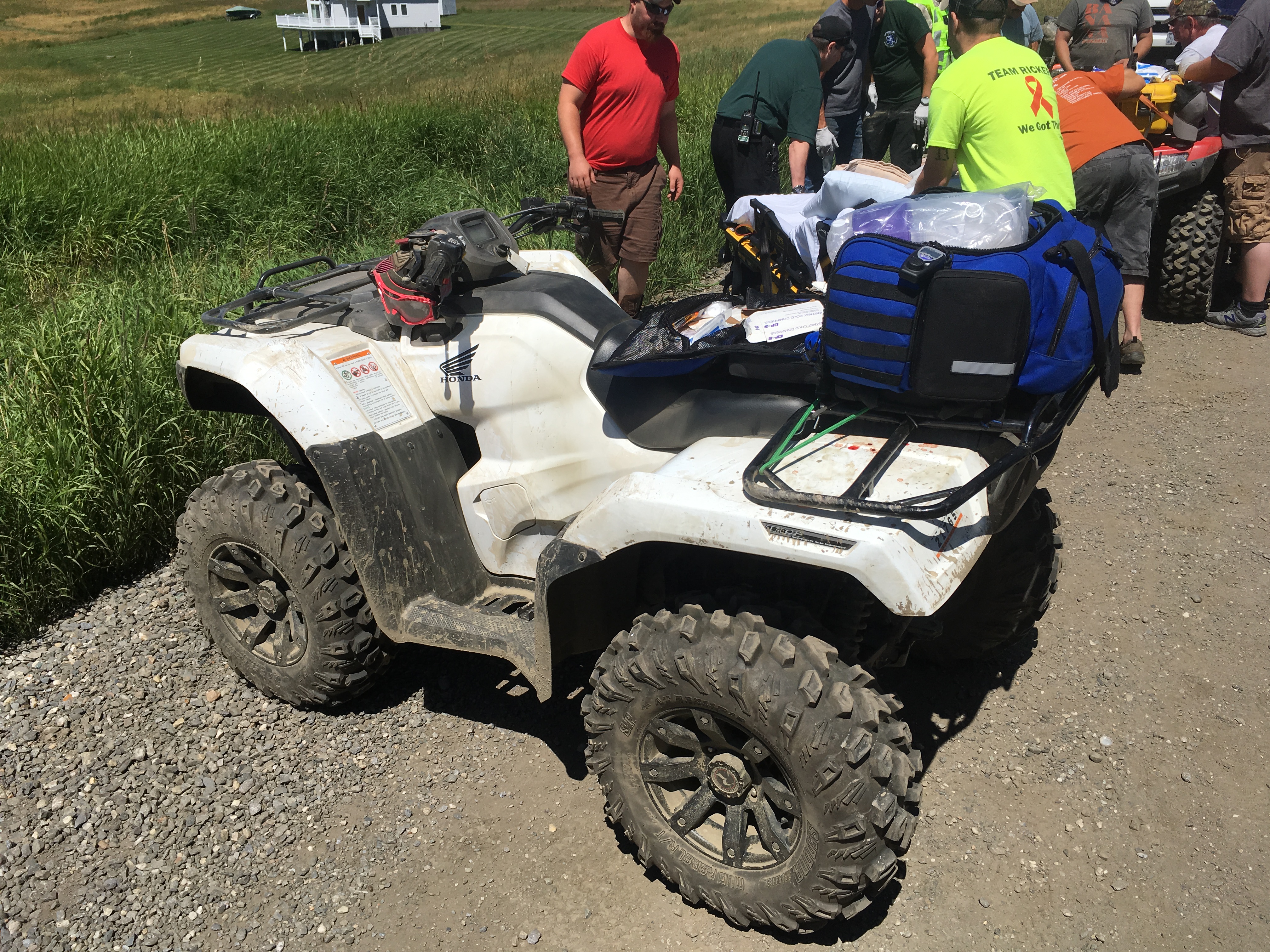 Pittsburg, NH – Three people were injured and 1 hospitalized after multiple calls in Pittsburg yesterday. According to New Hampshire Fish and Game at 1:15 Sunday Afternoon 29-year-old Maclynn Trojan of Worcester Massachusetts was riding an ATV while following 72-year-old John Saffron on another ATV and failed to slow down in time to avoid his vehicle as it slowed.

Authorities said Maclynn appeared to strike the left rear tire of Saffron’s ATV with her front right tire, which caused both vehicles to crash and rollover. Neither Maclynn nor Saffron were wearing helmets at the time of the crash.

Emergency Services were called and Maclynn was transported to Upper Connecticut Valley Hospital with non-life threatening injuries. Saffron refused medical treatment for his minor scrapes and bruises sustained in the crash.

A few hours later Fish and Game Officials received another call because 71-year-old Carolyn Vecchry of Middleton Massachusetts injured her ankle while walking along the rocks below Garfield Falls on the East Branch of the Dead Diamond River.

A Conservation Officer was still in Pittsburg due to the high call volume in the area and was able to respond to the scene along with other rescuers. Carolyn was secured in a litter and carried up the steep trail away from the falls and back to the awaiting ambulance. Carolyn was then transported to Upper Connecticut Valley Hospital for treatment.

In a written statement Conservation Officer Glen Lucas said “This busy day in Pittsburg called on many volunteers and first responders to come out on a Sunday to provide a much needed and appreciated service to the constituents of the Pittsburg tourist community. Without the unwavering dedication of the local responding personnel neither call would have been handled so professionally and so promptly.