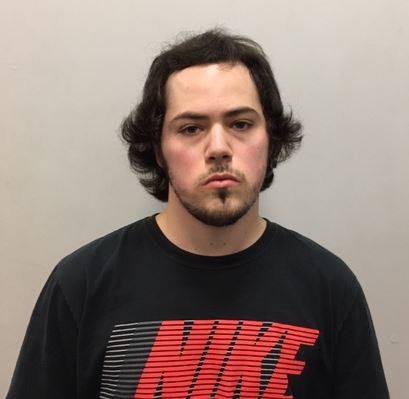 22-year-old Jordan C. Lamonde is being charged with the attack on a woman outside of a Rochester Planer Fitness ~ Photo Courtesy of Rochester Police

Rochester, NH (AP) – Police have arrested a man in connection with an attack on a woman outside a Planet Fitness gym in New Hampshire last month that was captured on surveillance video.

Police arrested 22-year-old Jordan C. Lamonde, of Portsmouth, on Monday, in connection with the June 12 attack. He’s been charged with second-degree assault and was held on $150,000 bail. He’s scheduled to be arraigned Tuesday. A man who answered the phone at Lamonde’s home said he had an attorney, but was told not to give out the name.

Surveillance video from the gym in Rochester showed a man getting out of his car and walking toward the gym. Unprovoked, the man comes up from behind the woman and starts hitting her as she is about to get into her car. Police said she punched 39 times, but didn’t suffer life-threatening injuries.

3 Injured 1 Hospitalized After Busy Weekend For Fish And Game In Pittsburg2017 Memorial Hospital Open Golf Tournament Grosses Over $50,000 to Support...
Scroll to top