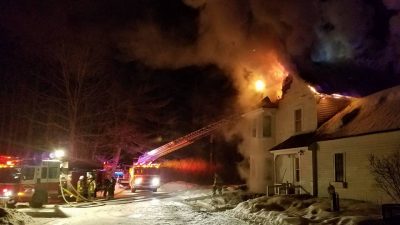 CAMPTON, NH – A Campton home dating back to the 1800 was ravaged by fire last night. According to Campton-Thorton Fire Rescue they were called to a structure fire at a home on route 175 near Hogback Road at around 7:40 last night. 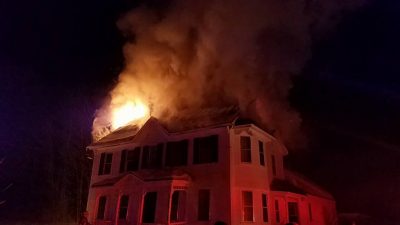 Authorities said that the residents were awoken up by their smoke detectors to discover that their attic was on fire. They were able to escape the home uninjured. 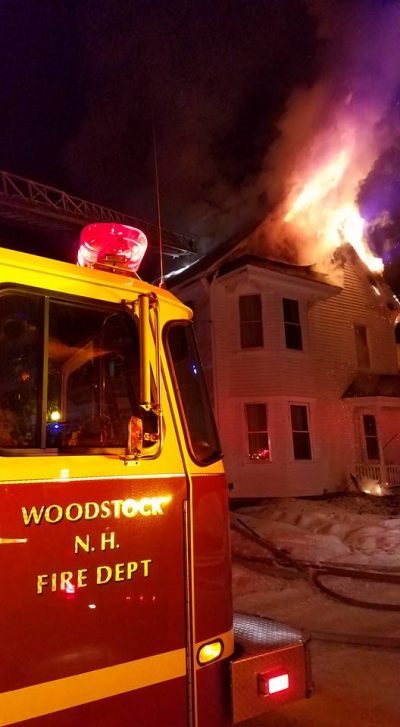 When crews arrived the fire was quickly raised to a second alarm bringing in crews from as far away as Wentworth, Meredith and Bristol. Center Harbor provided a cover engine to Campton.

According to the Campton-Thornton Fire Rescue they used a deck gun attached to one of the fire trucks to knock down a substantial amount of fire. A crew on the inside began aggressively attacking the fire, but were hampered by severely damaged stairs leading to the attic. 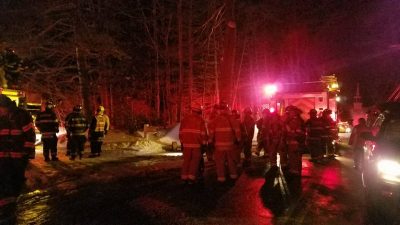 Authorities said that mutual Aid crews assisted with suppression, limiting the fire damage mainly to the attic and 2 rooms of the second floor. The rest of the house suffered significant smoke and water damage, but was untouched by the fire.

A crew remained on scene overnight to monitor for rekindles.

Campton-Thornton Fire Rescue, Campton Police and the NH Fire Marshals Office returned to the scene this morning, to investigate the cause of the fire.