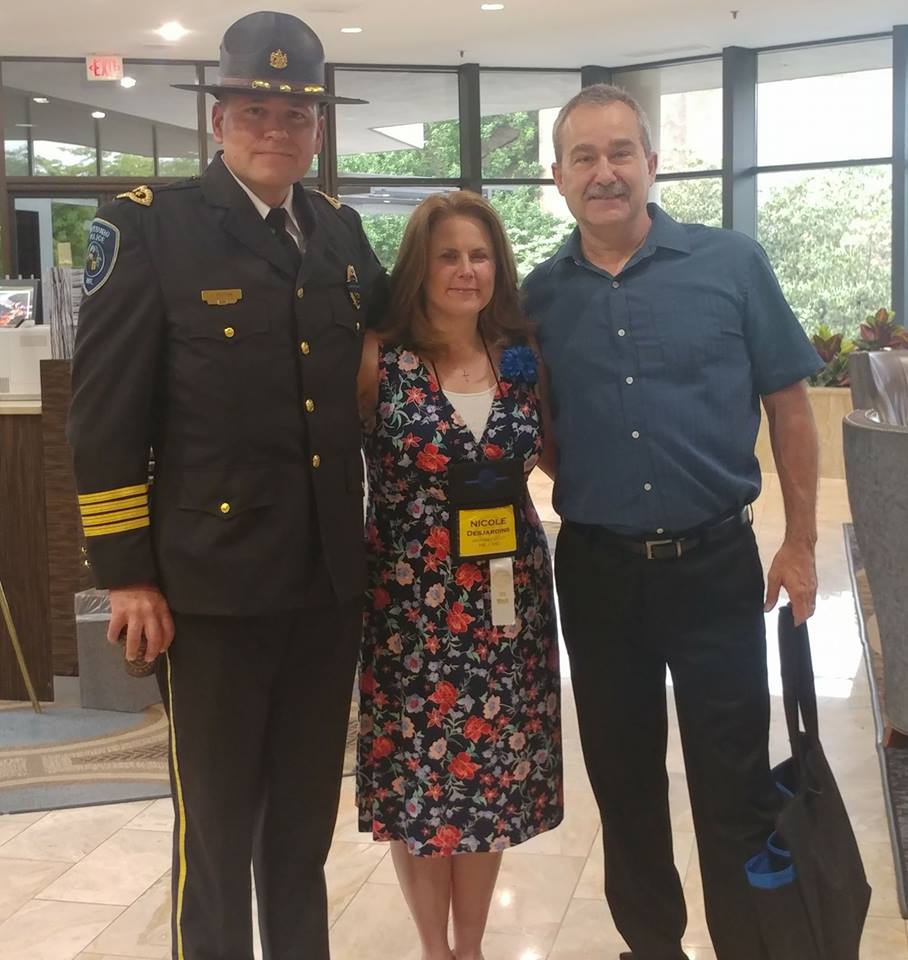 WASHINGTON, DC – The Fryeburg Police Officer who lost his life while working to save another is being honored in Washington D.C. this week.

Three Maine Officers road 300 miles over 4 days in the Police Unity Tour in honor of Officer Nathen M. Desjardins who passed away last year due to a head injury he sustained while trying to rescue a canoeist on the Saco River. 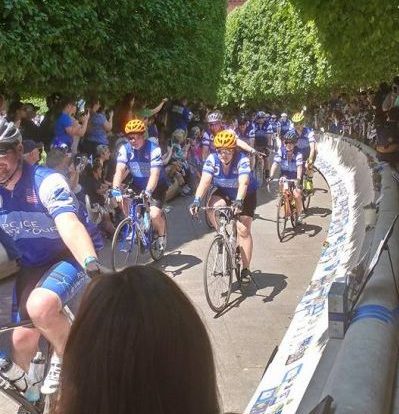 Bicyclist nearing the end of their ride at the Police Unity Tour in Washington D.C. ~ Photo courtesy of Fryeburg Police Facebook page.

Fryeburge Police Chief Joshua Potvin is in D.C. with Officer Desjardins’ Mother and Father, escorting them around the city as they recognize their son.

Chief Potvin said that Officer Desjardins was honored during the ride in multiple ways noting “They ride with a plaque on their bicycles. They have wrist bands with his name and a watch date as well.” Adding that after the trek the riders presented those items to Officer Desjardins’ parents. 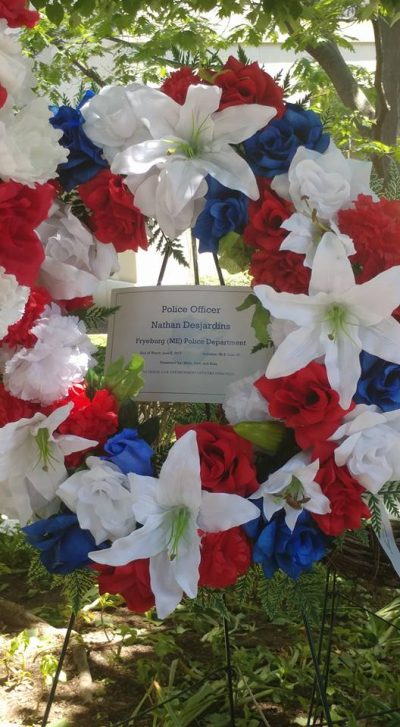 Chief Potvin said that 28,00 riders raised 20 million dollars for the National Law Enforcement Officer’s Memorial 16,000 of which was raised by the Maine Chapter.