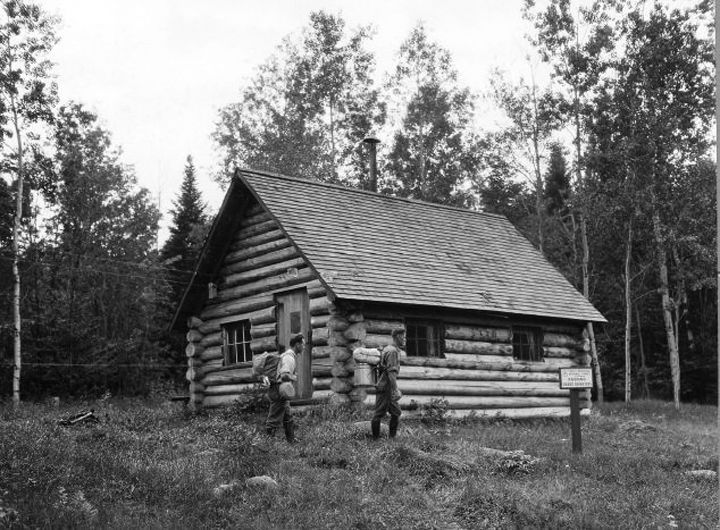 The Fabyan Guard Station during the summer of 1926. ~ Photo courtesy of U.S. Forest Service

To qualify for the National Register, a property must represent a significant part of the history, architecture, archeology, engineering or culture of an area. It must have the characteristics that make it a good representative of properties associated with that aspect of the past. Important both for its use in conservation and as an example of rustic architecture, the well-preserved Fabyan Guard Station also has a high degree of historic integrity. 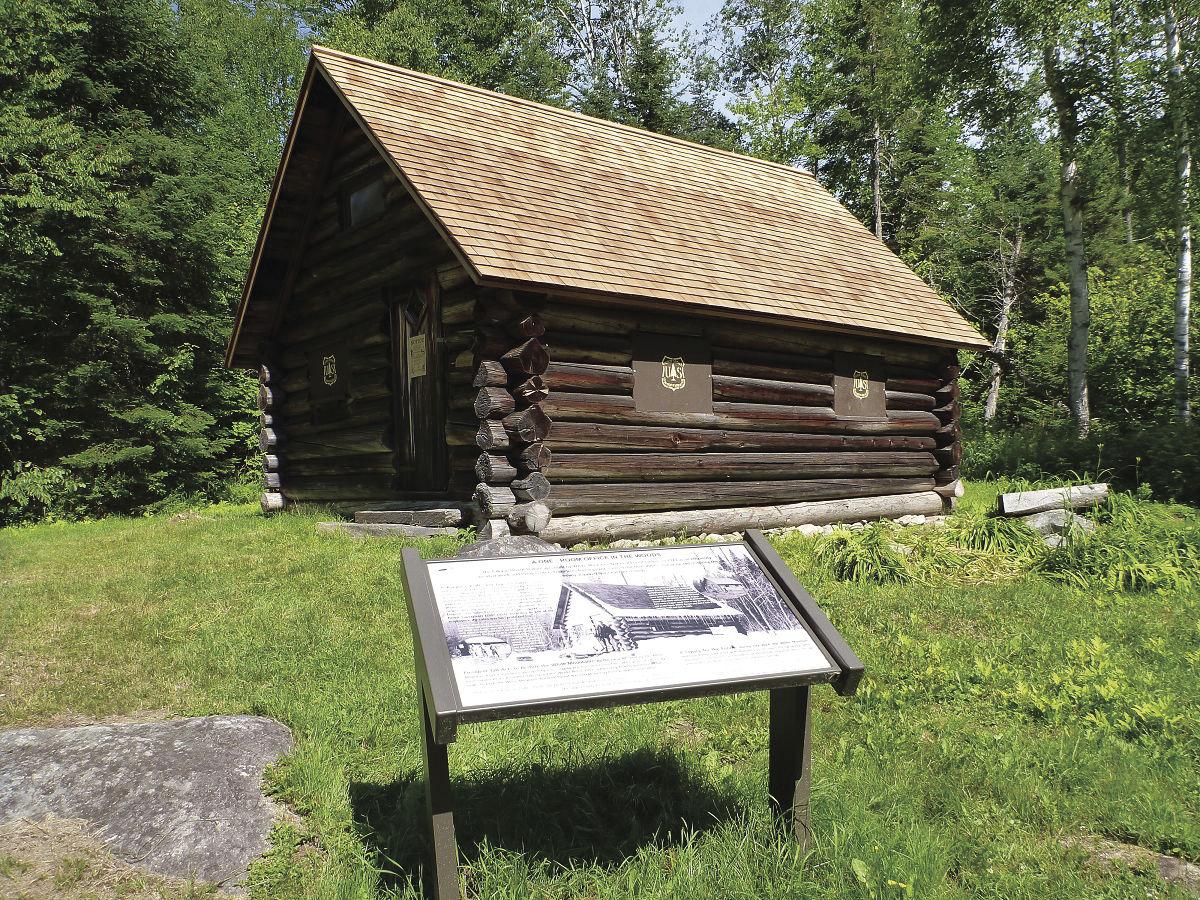 The Fabyan Guard Station as it stands today in the White Mountain National Forest near Bretton Woods. ~ Photo courtesy of U.S. Forest Service

Built in 1923, the station was the first administrative building constructed by the US Forest Service on the White Mountain National Forest, and it is the last remaining example of a Guard Station in New Hampshire.

The one-room, 16-by-22 foot log cabin, hand built by White Mountain National Forest rangers from local materials, served as local headquarters for all nearby Forest Service activities, including the Civilian Conservation Corps (CCC) in the 1930s. The cabin is a remnant of early local administration of Forest Service lands, from an era when transportation was difficult and time consuming. Forest Service guards were stationed at similar outposts across the forest to administer timber sales, construct and maintain recreation facilities, and respond quickly to forest fires in their immediate vicinity.

Made from hand-hewn native spruce logs cut and notched on site, Fabyan’s simple architectural details are characteristic of an early 20th-century guard station, including a single door made from vertical planks and held in place by strap hinges, six-pane windows and a gable roof made of pine boards covered with cedar shakes.

The interior, a single room, has wide pine board floors with mid-20th century linoleum “rugs”; a kitchen area with cast iron sink, counter and single light fixture along one wall; and beaver board panels covering the ceiling. In addition to the cabin, a board and batten-sided outhouse – possibly built by the CCC – and a corrugated metal storage shed are part of the property. 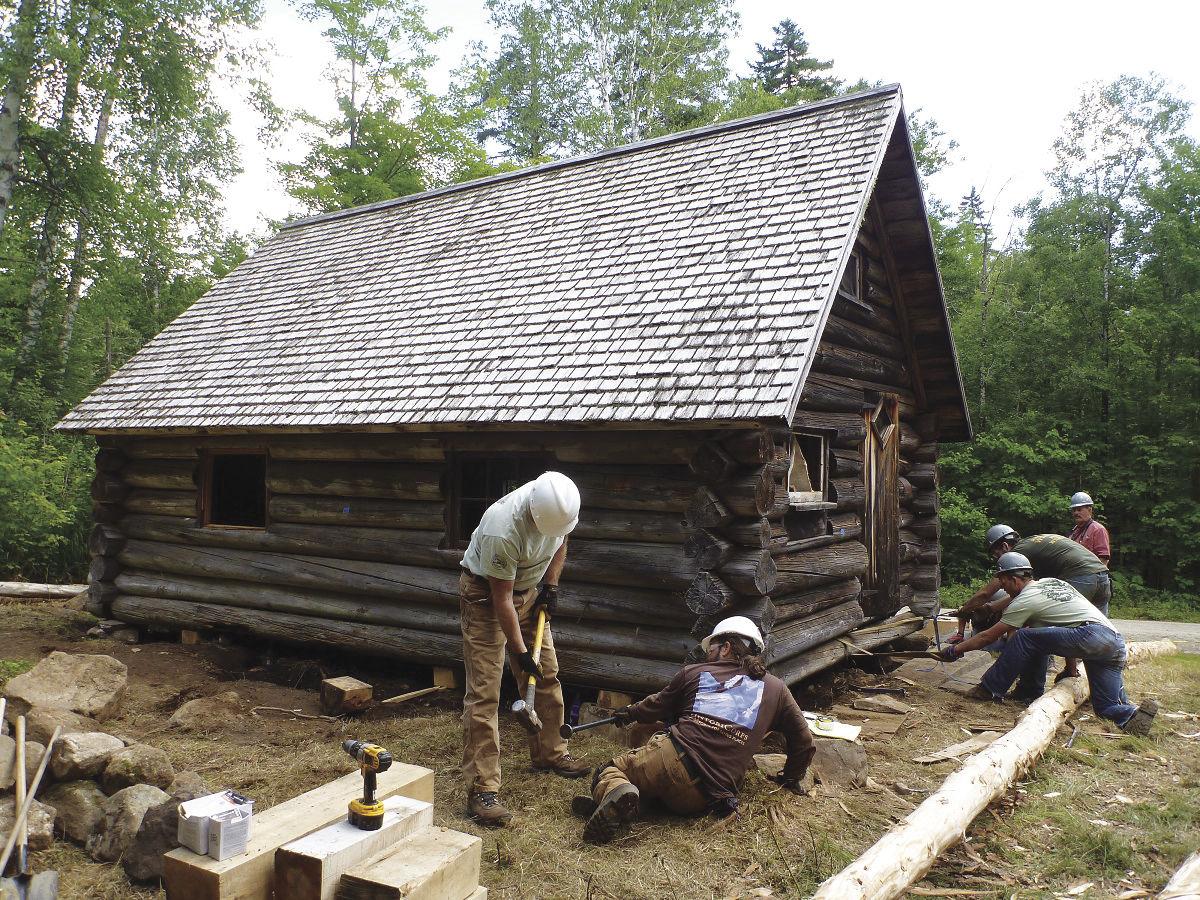 In recent years the National Forest has invested time and resources to preserve Fabyan Guard Station, including a multi-week volunteer project in 2014 in partnership with HistoriCorps to replace deteriorated logs and vandalized windows, a partnership with the Appalachian Mountain Club construction crew to install a new cedar shingle roof, and participation by the White Mountain National Forest Youth Conservation Corps to maintain the grounds around the cabin and install an interpretive panel developed with WhiteMountainHistory.org.

In 2015, the White Mountain National Forest, HistoriCorps and WhiteMountainHistory.org were honored by the New Hampshire Preservation Alliance with a Preservation Achievement Award for cooperative efforts to preserve and restore this important piece of both Forest Service and New Hampshire history. Listing in the National Register of Historic Places recognizes and celebrates these successful partnerships and historic preservation accomplishments.

Administered by the National Park Service, which is part of the U.S. Department of the Interior, the National Register of Historic Places is the nation’s official list of cultural resources worthy of preservation and is part of a national program to coordinate and support public and private efforts to identify, evaluate and protect our historic and archaeological resources.