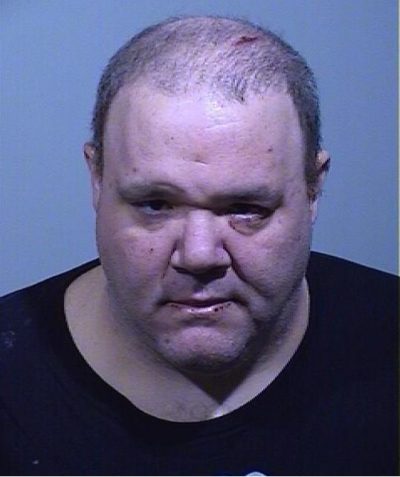 STANDISH, ME – A Maine man was arrested for allegedly stealing a U-Haul and attempting to elude police for the second time in 6 months.

The Cumberland County Sheriff’s Office said that a deputy was on patrol in Standish Sunday morning when he witnessed a white U-haul pick-up speeding on Route 35.

Authorities said that the deputy attempted to pull the vehicle over to no avail. The driver allegedly proceeded to accelerate and drive erratically so the Deputy stopped pursuing the truck.

Another deputy in Windham said he witnessed the vehicle go through a red light at the intersection of Route 35 and 302 at around the same time.

The truck was quickly located after it left the road near the area of Tandberg Trail and Knox Street sustaining minor damage.

The driver, identified as 41-year-old William Wyman of Portland, was arrested.

Wyman is being charged with theft of a motor vehicle, Criminal Speed, Driving to endanger, Failing to Stop for a Police Officer, Operating After Suspension, a Probation Hold, and other traffic violations.

This is the second time the Cumberland County Sheriff’s office has had contact with Wyman in the past 6 months. On Halloween night, he attempted to elude Deputies in another stolen U-Haul that ended with a crash in Standish.