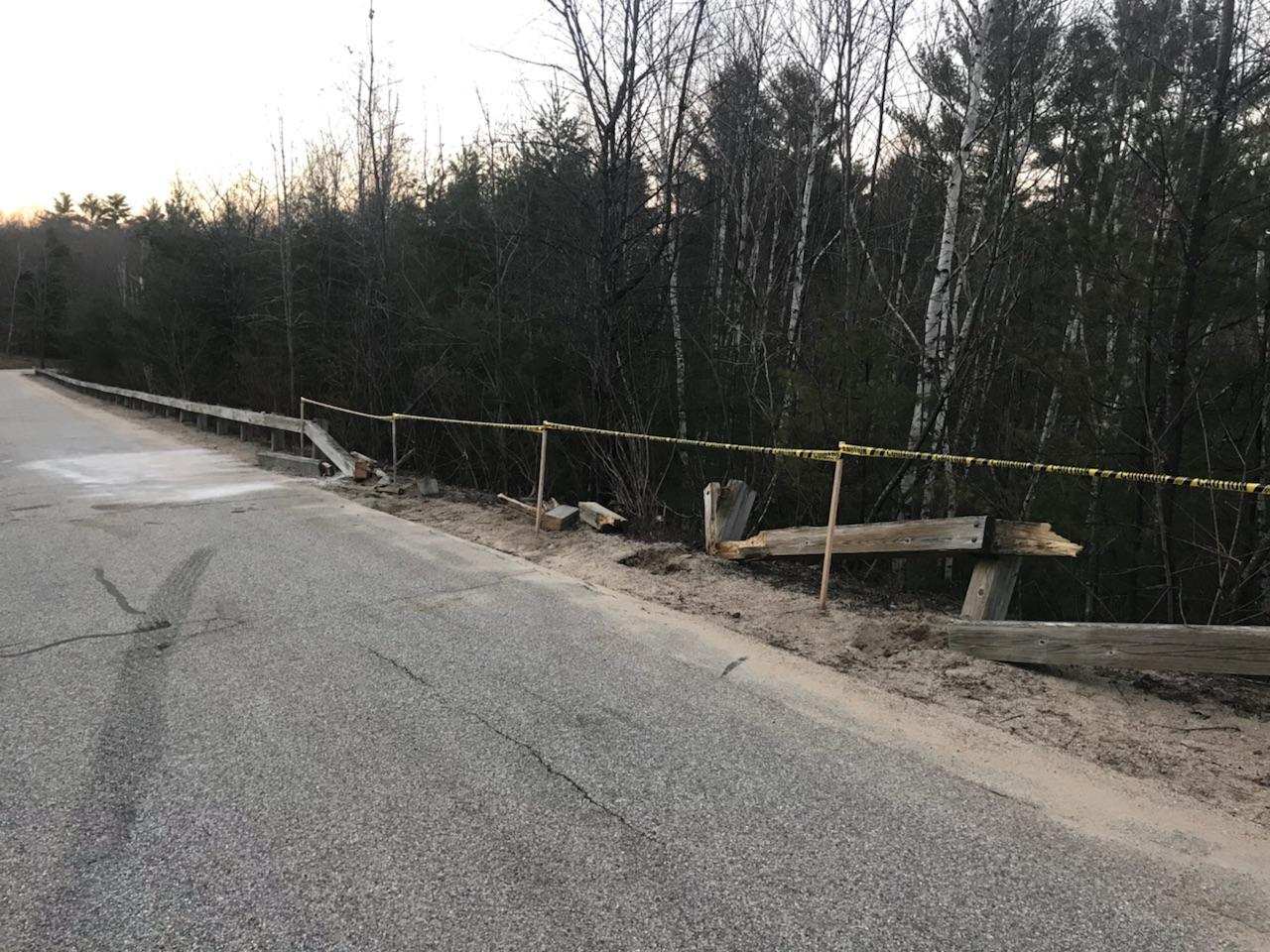 CONWAY, NH – There was a Rollover in Hale Estates this weekend. According to the Conway Police Lt. Christopher Mattei authorities were notified of a Rollover on Heather Hill Road at around 11:16 pm Saturday with the caller noting that there was beer around the vehicle.

When Officers arrived the found a 2001 GMC Sierra Pickup truck that had rolled over and crashed but there were no individuals with the vehicle. 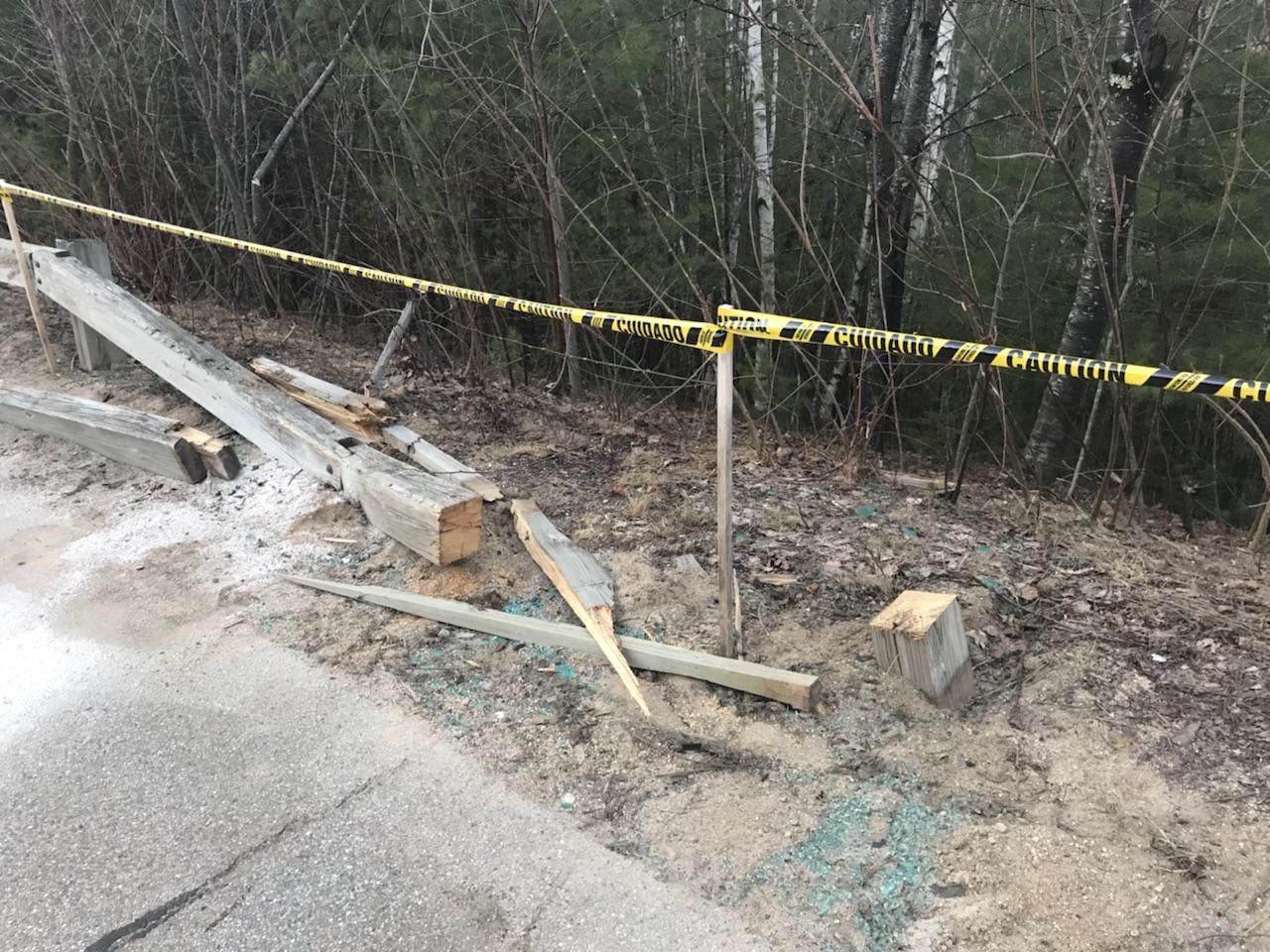 The guardrail on Heather Hill Road in Hale Estates was smashed after a GMC truck crashed into it Saturday night. ~ Photo Courtesy of Dorothy Lane

After an investigation Police said they believe that 22-year-old Kenneth Haskell, of George Town Massachusetts, was driving down Heather Hill at a high rate of speed, lost control of the Truck on a sharp left hand turn causing the vehicle to skid and roll over being stopped by a guard rail.

Lt. Mattei said that they determined the cause of the crash to be excessive speed and that alcohol was not a factor.

Haskell was given a must appear summons for reckless operation.

Haskell received a non-life threatening injury in the crash and he along side 3 other passengers were transported to Memorial Hospital for evaluation and treatment of their injuries.