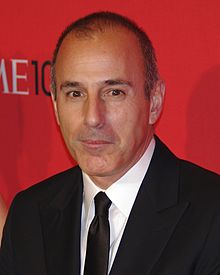 Long Time Today Show Anchor Matt Lauer has been fired from NBC News. NBC Announced earlier this morning that Lauer was fired after an employee filed a complaint about “inappropriate sexual behavior in the workplace,” Savannah Guthrie made the announcement at the top of the “Today” show, where Lauer has been an anchor for over twenty years.

Guthrie said she was told of Lauer’s firing just moments before going on the air.

During the show she said “This is a sad morning at ‘Today’ and NBC News,” she continued “As I’m sure you can understand, we are devastated. I’m heartbroken for Matt.”

NBC News chairman Andrew Lack sent out a memo to staff that it was the first complaint lodged against Lauer in his career at the network. But he said “we were also presented with reason to believe this may not have been an isolated incident.”