It’s official! It’s New England Patriots Week in New Hampshire. The proclamation was issued by Governor Chris Sununu following the lowest scoring Superbowl in history, a feat which he credits to the outstanding defense played on both sides of the field. Governor Sununu says, “The Patriot’s victory over the Rams ties the franchise with the Pittsburgh Steelers for the most Super Bowl victories ever.” And that he has, “no doubt that before long Tom Brady will be leading the Patriots to a historic seventh win.” 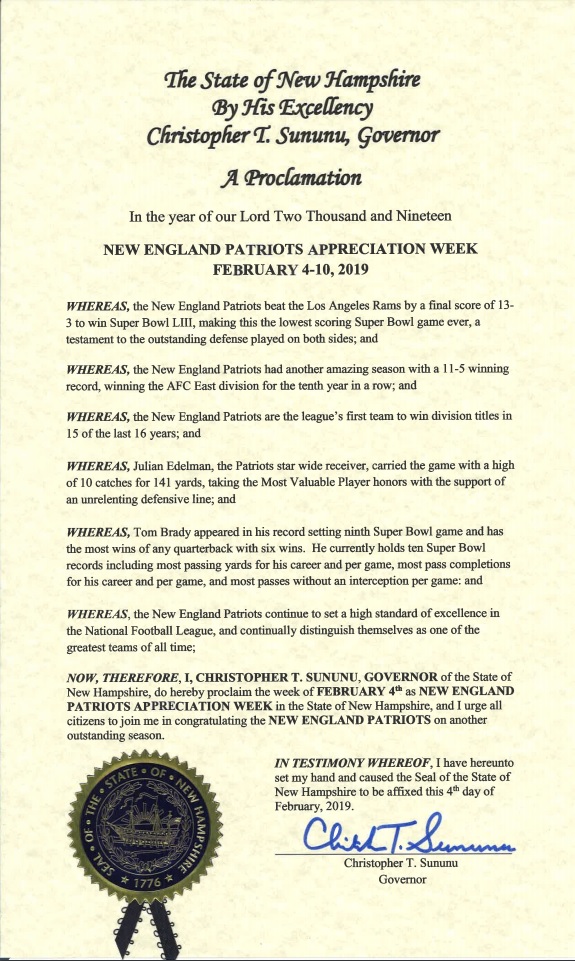 When Should You Shovel Off Your Roof?Drive Time Interview: Chocorua Community Association Bonfire
Scroll to top