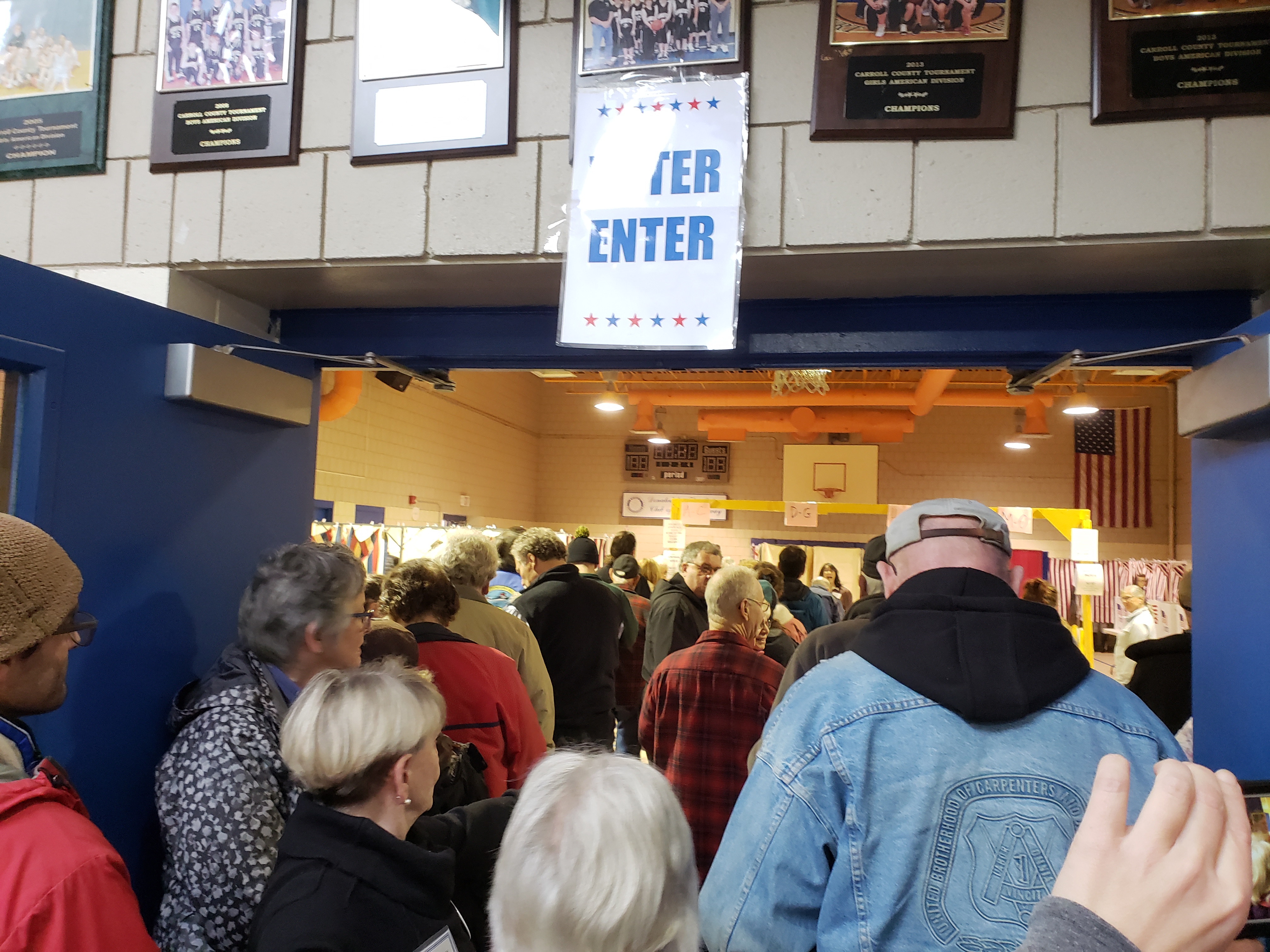 CONWAY, NH – When Polls opened at 8 this morning at the Conway Recreation Department residents reported long lines leading out of the gymnasium and around a hallway as voters hit the polls first thing. By noon time election officials where still inundated with people getting out to do their civic duty. One election Official reported having over 500 people check in to vote before noon. 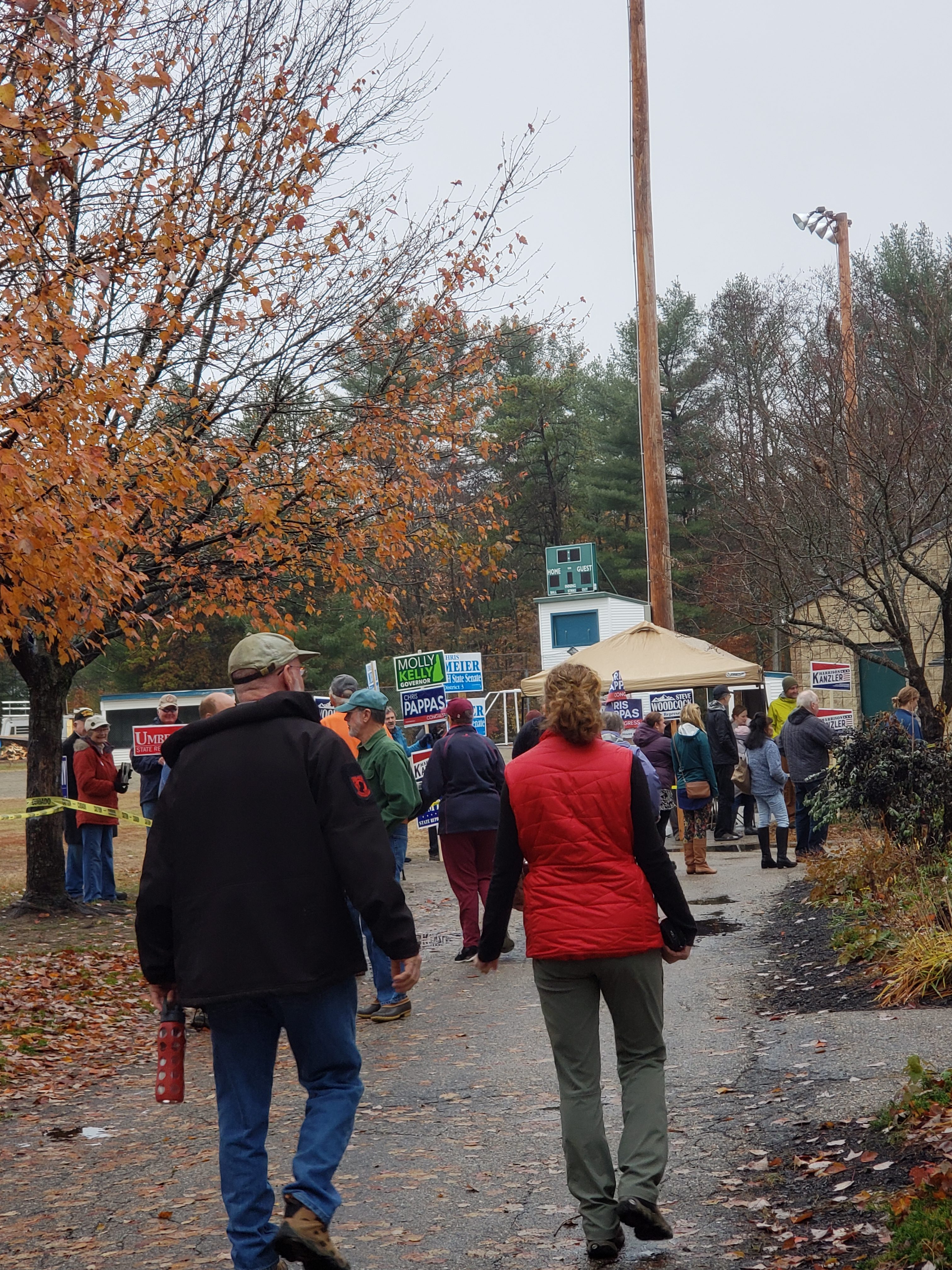 Conway voters wait in lines extending down stairs,  hallways, and outside the building at the Conway Recreation Department Building. ~ Photo courtesy of Christian Mower

Across the state election officials have reported much of the same with locations struggling to handle the massive amount of people looking to cast their ballots for state and local representation. Last week New Hampshire Secretary of State Bill Gardner predicted over 500,000 Granite staters will hit the polls today.

Besides representatives and senators New Hampshire voters will be deciding on two state constitutional amendments and on a Governor. Polls close at 7pm. For a list of Mount Washington Valley Poll locations and voting information click here.