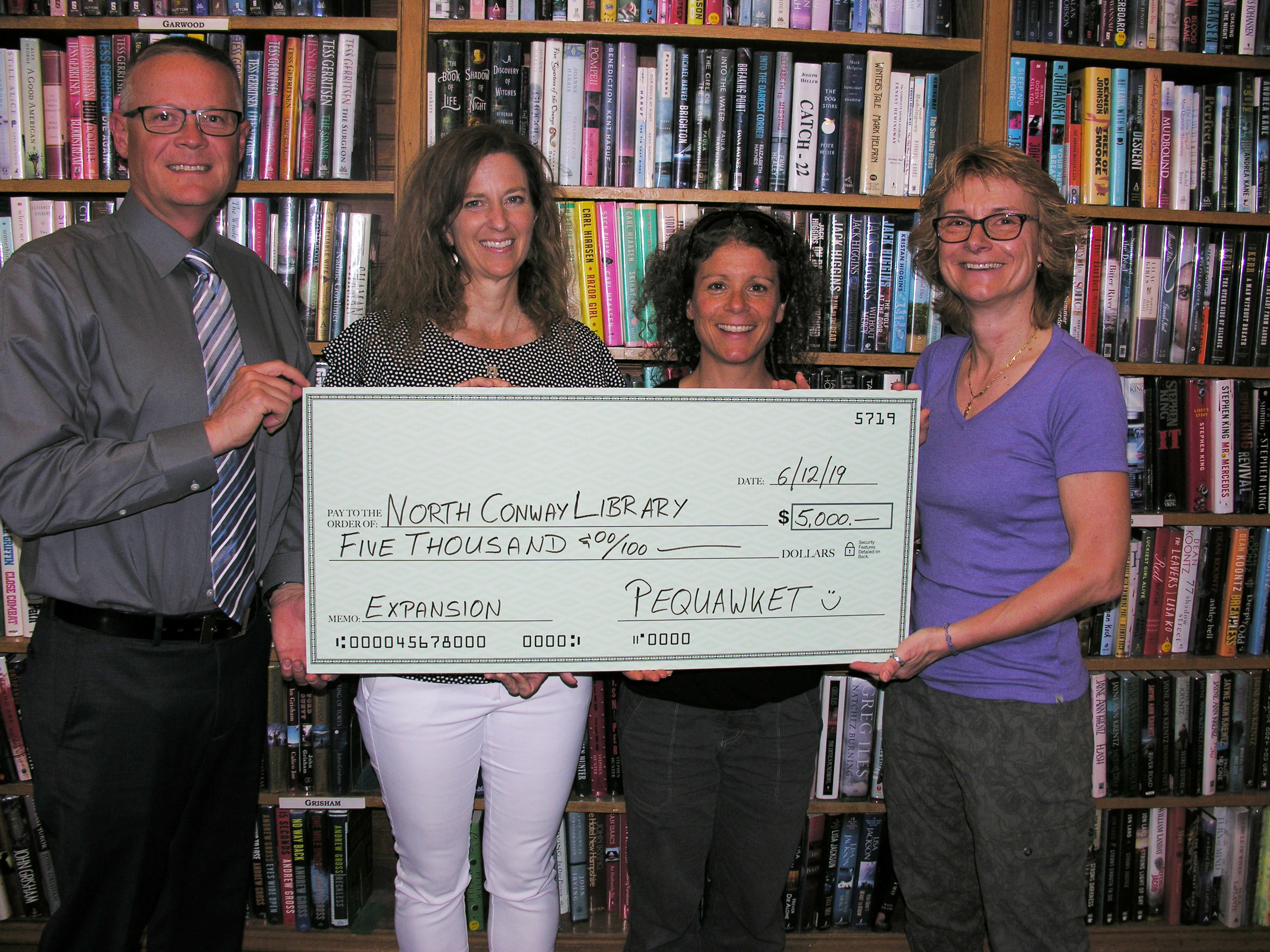 The Pequawket Foundation just pledged $5,000 to the North Conway Public Library’s capital campaign to renovate and expand their historic building in North Conway village. Built in 1911, the building was previously enlarged in 1917 and 1988. The library said in a press release they plan on expanding the size once again as well as the function and technology of the library. Board President for the library Neill Osgood says the library is going to have a new community room while also enlarging the children’s areas, adding an office for the library director and wants to make the library ADA compliant. He says the donation from the Pequawket Foundation helps with the renovation and the expansion but that more money is needed to install state-of-the-art infrastructure such as computers, lighting, furniture, and educational materials.