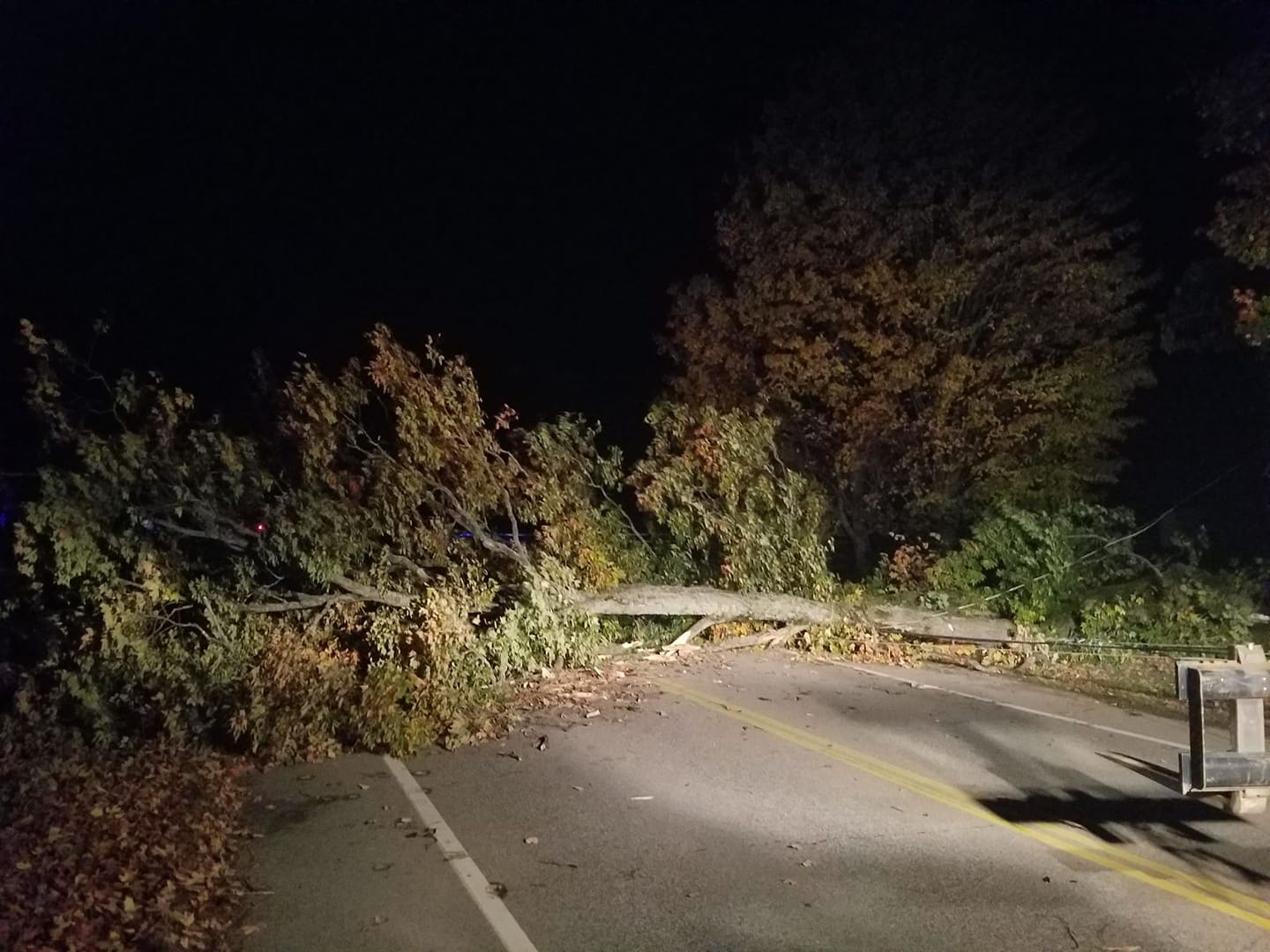 A tree takes down transmission lines on West Side Road in Conway early Tuesday morning. Photo Courtesy of Conway Police.

The Saco Valley Fire Association said authorities closed down multiple roads in Fryeburg and Stowe after winds took down trees and power lines. Union Hill road, South Chatham Road, and parts of Route 113 in Stowe were closed down for most of the day yesterday as crews worked to repair lines and remove debris. 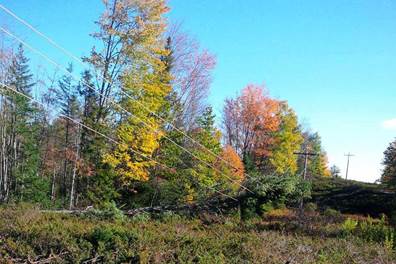 A large tree came down across a transmission line between Bridgton and Denmark. Photo Courtesy of Central Maine Power

Conway Police Lt. Christopher Mattei said that Police closed West Side Rd in the area of Hussey Road due to a large tree that came down with wires at around 4am. The road was reopened by 7 am after Eversource made a temporary fix, they are expected to make a permanent fix Wednesday.

Lt. Mattie also said there were lines down on Washington Street at around 3pm yesterday as well causing authorities to close the southbound lane temporarily.

The Conway Daily Sun reported that Sun a large tree fell onto a home on Seavey street.

MSAD 72 had a 2 hour delay for all schools except for the New Sun Cook School which had to cancel school due to debris filled roads.

Eversource, New Hampshire Electric Co-Op, and CMP Officials said that thousands of Valley customers were powerless for hours throughout the day. Power has been restored.