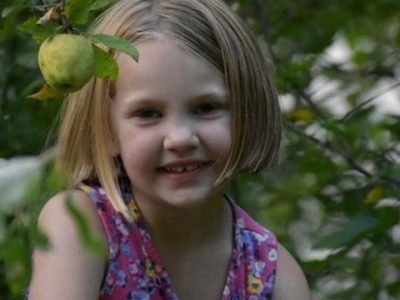 GLEN, NH – The family of a young girl from Glen is looking for help as their little girl battles for her life.

Brooklyn Flag of Glen was an average 6-year-old girl born at Memorial Hospital and attending school at Bartlett Elementary School until one day Brooklyn came down with strep and her mom Jeanne noticed something wasn’t quite right.

“I didn’t think she looked right, she was so pale. The Pediatrician was amazing. He did a little feeling around in her belly and determined her liver was enlarged. Which was a dead give away.” Jeanne said adding “They did some blood work and she was flown to Maine Med because her blood levels were so low”

Last Tuesday it was confirmed Brooklyn has Leukemia.

Jeanne said that Brooklyn’s treatments will take about 2 years, which means a lot of expenses in addition to the medical expenses.

According to a fund raising page set up to help Brooklyn “there is a long road to remission ahead of Brooklyn and her family, and lots of medical expenses…any amount will help get Brooklyn to the life saving appointments she needs to beat Leukemia and grow healthy and strong”

Jeanne said that though it has only been two weeks since Brooklyn’s diagnosis she’s doing well, and in high spirits.

The fundraising page also notes that Brooklyn is “a tough little 6 year old and she is going to fight this the only way she knows how, to fight like a girl!”

Jeanne noted that they are so thankful for all of the well wishes, prayers, and donations from the community. She said “It has definitely helped us get through the days.”

Those wishing to help can by donating to a youcaringfundraiser set up for Brooklyn and her family by clicking here.