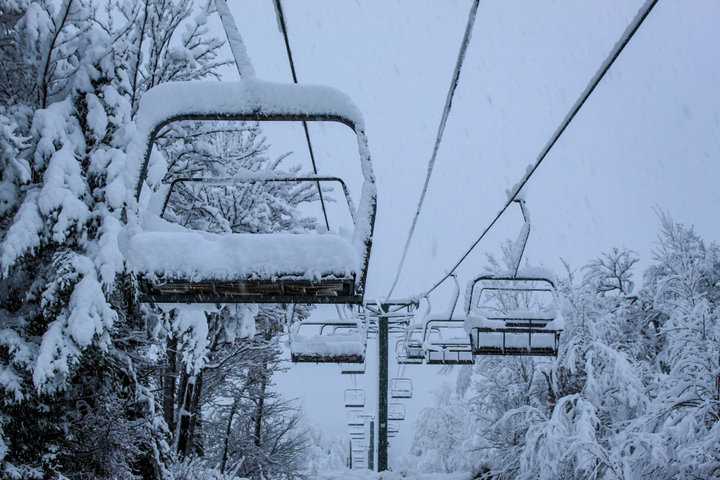 Pinkham Notch, NH – October 24, 2018 – Wildcat Mountain, recently named the home to the Best Scenery in the East by Ski Magazine, is pleased to announce that it will open for top-to-bottom skiing and riding at 9:00 a.m. this Saturday, October 27, 2018, marking the earliest opening in Wildcat’s 61-year history of lift-serviced operations.

“We always circle October 15th on the calendar as our official start date for snowmaking, but it’s up to Mother Nature to come through with the right temperatures. This year, she delivered and our team hit the mountain hard with snowmaking on Friday, October 19th, and just one week later, we are ready to ski Lynx.” said Brian Heon, general manager and vice president of Wildcat Mountain. “Not to mention the foot of fresh snow we received on Wednesday, that was really the icing on the cake!”

On Saturday, October 27, Wildcat Mountain will open with the most vertical skiing and riding in The East, with 2100 feet of summit-to-base skiing off the Wildcat Express for advanced skiers on the Lynx network of trails. Please note that there will be no beginner terrain available.

“We are extremely excited to open two of New England’s legendary resorts so early,” stated Jesse Boyd, Senior VP of Operations for Peak Resorts. “Both Wildcat and Mount Snow have strong, dedicated snowmaking teams which make these early openings possible.”

Wildcat will begin operating weekends only, from 9:00 a.m. – 3:30 p.m. with the Wildcat Express spinning, while inside, guests will find the cafeteria, retail shop, and the Wildcat Pub open for business. The mountain looks forward to welcoming guests seven days a week in the future at a date to be announced.

Wildcat guest services will be open 9:00 a.m. – 4:00 p.m. daily leading up to opening for passholders looking to pick up their passes early and avoid the rush on Saturday.

Lift tickets will be available at ticket window for $55 for all ages, starting 30 minutes before lifts spin. Guests are encouraged to purchase lift tickets in advance and always find the best deals by visiting store.skiwildcat.com.