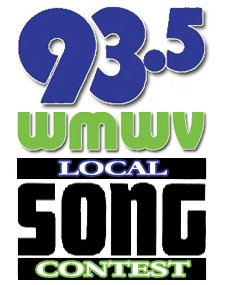 WMWV, Moat Mountain Brewing Company, Amoskeag Beverages and the North Conway Music Center have kicked off the Local Song of the Year Contest this week.  WMWV is now welcoming submissions from LOCAL ARTISTS (*local as defined in our competition rules below) to email their submission to [email protected] in mp3 format or drop off a CD to our Settlers’ Green studio location. No other formats will be considered.

ONE original song entry only.

WMWV will take submissions through Saturday, February 25th at midnight.

After submissions close, WMWV will play each song entry on air during a special evening showcase- on Monday, February 27th.

Judges will pick the top 3 songs and post them on the WMWV  web-site for public voting until midnight on March 31st.

The 3 finalist play one gig at a local establishment over February and March to promote themselves and collect to get votes.

On March 31th at midnight the voting will stop and the song with the most votes wins.

Here is what they win:

The winner of the competition will receive:

Song must be an original.

You or a member of your group must live in either Carroll County, Coos County, or Oxford County (that is local).

WMWV has the right to change the rules or contest at anytime as needed.

By sending your song or dropping off a CD, you’re giving us permission to play it on the air.

We are asking that songs be no longer than 5 minutes long if possible (over 5 minutes will not exclude you from the contest).

Note: Their is no payment if you become a finalist and play a gig. Payment is to the winner of the contest only. 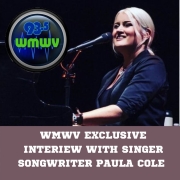 PAULA COLE VISITED THE WMWV STUDIOS TO TALK ABOUT MUSIC, HER NEW WORK, “FOR THE BIRDS” AND PERFORM SOME SONGS !
GEORGE CLEVLAND CONDUCTED THIS INTERVIEW LIVE IN STUDIO 12-1-22 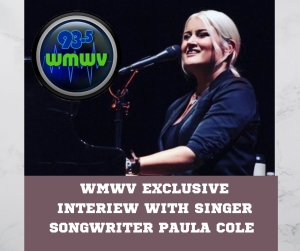 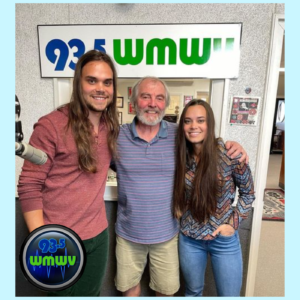 Jocelyn and Chris Arndt spent some time with Roy Prescott in the studio, they talked about guitars, touring, snickerdoodle cookies and of course, beer!
Check out the whole interview and be sure to catch them on tour this summer! https://www.jocelynandchrismusic.com/

Jon Scott was Tom Petty’s first promoter with ABC Records in 1977. Mis-categorized as a “Punk” band, Tom & The Heartbreakers were going nowhere until Jon began promoting their record  featuring the debut singles “Breakdown” and “American Girl” to radio stations around the country. Jon has written an amazing book, “Tom Petty And Me; My Rock ‘N’ Roll Adventures With Tom Petty” released on CB Publishing. WMWV Morning Show host Roy Prescott had the chance to interview Jon and air the interview on October 2, the 2nd anniversary of passing of the the legendary rocker. 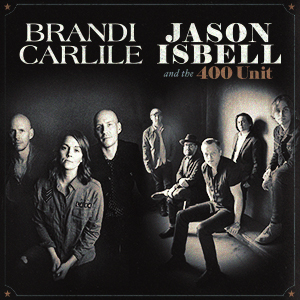 Tune in TO 93.5 WMWV July 16th to july 20th for your chance to win tickets to see Brandi Carlile, and Jason Isbell and the 400 Unit live at Bank of New Hampshire Pavilion at Meadowbrook!

Since her heralded, genre-defying 2005 Columbia debut, Brandi Carlile and her indispensable collaborators, Tim and Phil Hanseroth, aka The Twins, have always offered listeners both control and abandon, often within a single song. The most well-known Brandi Carlile tunes, 2007’s “The Story” and 2012’s “That Wasn’t Me,” are dynamic journeys in themselves, encompassing myriad emotions and varied stylistic touches; “The Story” morphs from understated balladry to epic stadium rock, while “That Wasn’t Me” effortlessly straddles country soul and pop gospel. Infused with Carlile’s clarion voice, The Twins’ tight sibling harmonies, and stellar musicianship from everyone, it all simply sounds like Brandi Carlile. Now coming off of her new album “By The Way, I Forgive You”, Brandi is ready to share “story of forgiveness, that despite all this keeps us innocently climbing out of bed every morning open to love—big terrible trembling love.”

Jason Isbell and the 400 Unit

Jason Isbell and the 400 Unit’s new album, The Nashville Sound, is a beautiful piece of American music-making, but watch yourself: it will light a fire under your ass. “You’re still breathing, it’s not too late,” Jason sings. This album is a call, and the songs on it send sparks flying into a culture that’s already running so hot the needle on the temperature gauge is bouncing erratically in the red. And while it’s understandable that, in this moment, some people want their radio to help them drift away, this finely calibrated set of ten songs is aimed right between the clear eyes of people who prefer to stay present and awake. It’s a call to those who won’t cower no matter how erratically the world turns, and who aren’t afraid of what looks back when they look in the mirror. Bruce Springsteen did that. Neil Young did that. Jason Isbell does that.

It’s also worth noting that this album isn’t credited to Isbell alone. For the first time since 2011’s Here We Rest, Isbell’s band, the 400 Unit, gets title billing. “Even when I was writing, I could always hear the band’s stamp on the finished product,” Jason says. “These songs needed more collaboration on the arrangements to make them work, and I felt like the band deserved it after the way they played.” Given Cobb’s strict insistence on cutting songs live with no demos or rehearsals, you can easily imagine how the brilliantly raw performances on the record will translate to the stage when the band takes these new songs out on the road. And boy, there’s nothing like a 400 Unit show. Not just because the band smokes, but also because Isbell’s fans are among music’s most ardent. They listen to these songs for months and months on their own, and that momentum rolls them right up to the doors at the Ryman Auditorium in Nashville, or the Beacon Theatre in New York or the Fabulous Fox Theatre in Atlanta. And when the band kicks in, they are ecstatic. It’s a rock ‘n’ roll show that feels like fellowship.